December 8, 2017/ByRichard/Innews/Comments Off on VIDEO: Tic Tac Walks Out On GHOne TV Interview 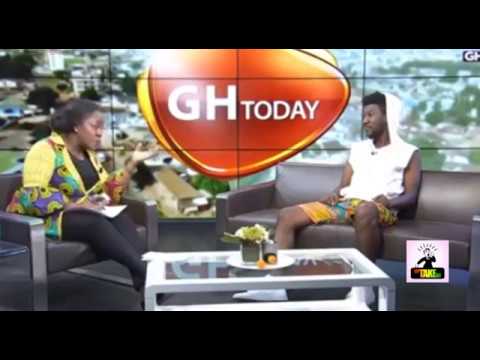 During a live interview on GHOne’s ‘GH Today‘ , Ghanaian musician – Tic Tac , walked out on the host ,Daisiwa Hammond, despite all attempts by her to bring him back.

Tic Tac was on the show to promote his new videos and was visibly offended when he found out a video of Shatta Wale was being played alongside his interview.

READ ALSO: VIDEO: Efya Walks Out Of Interview After She Was Told Nigerian Jollof Is The Best

“Is it because we are talking about him (Shatta Wale)?…I did not come here to promote Shatta Wale,” he said and angrily stormed out of the studio.

WATCH THE VIDEO BELOW