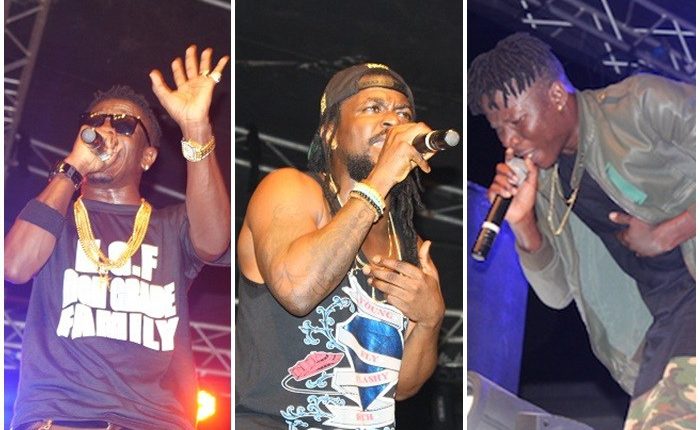 Other artistes expected at the fourth edition of the S Concert powered by Starr 103.5FM are Kuami Eugene, Kidi, Fancy Gadam, Adina and the “Date your father” hitmaker Ebony. 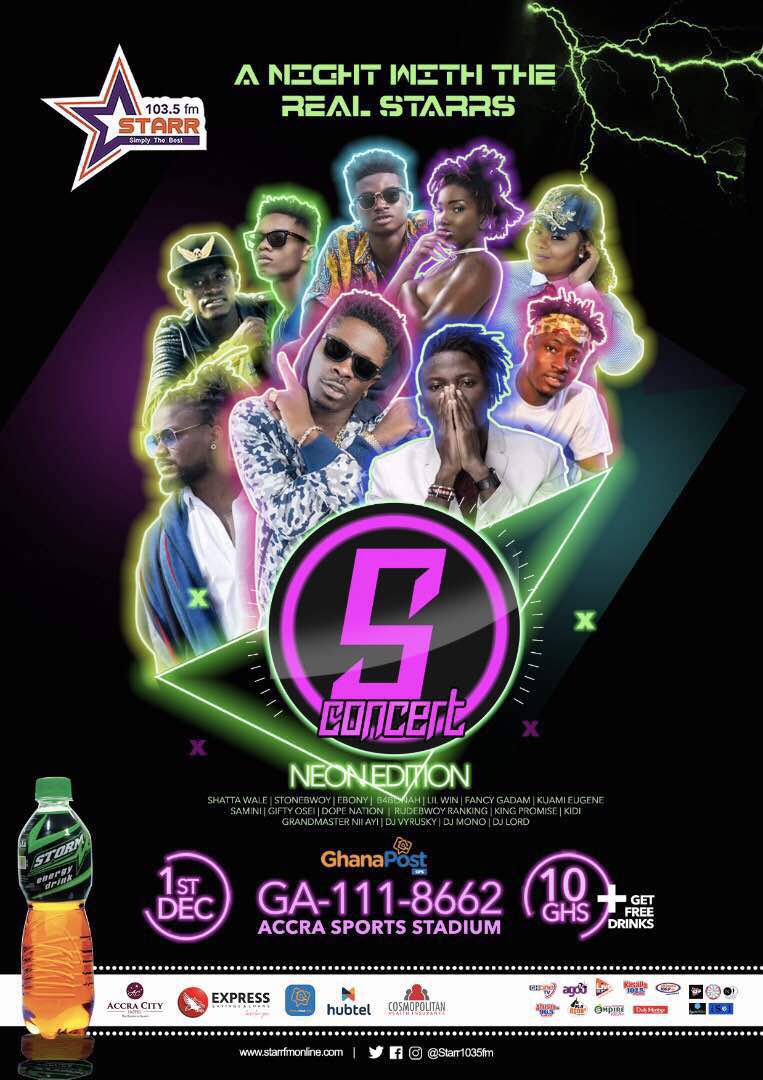 Gifty Osei is the only gospel artiste who will be at this year’s ‘S Concert’ stage at the Accra Sports Stadium.

READ ALSO: Stonebwoy’s Wife Slashed With Knife At Ashaiman To The World Concert

The artistes were announced at a press launch at the premises of Starr 103.5FM . 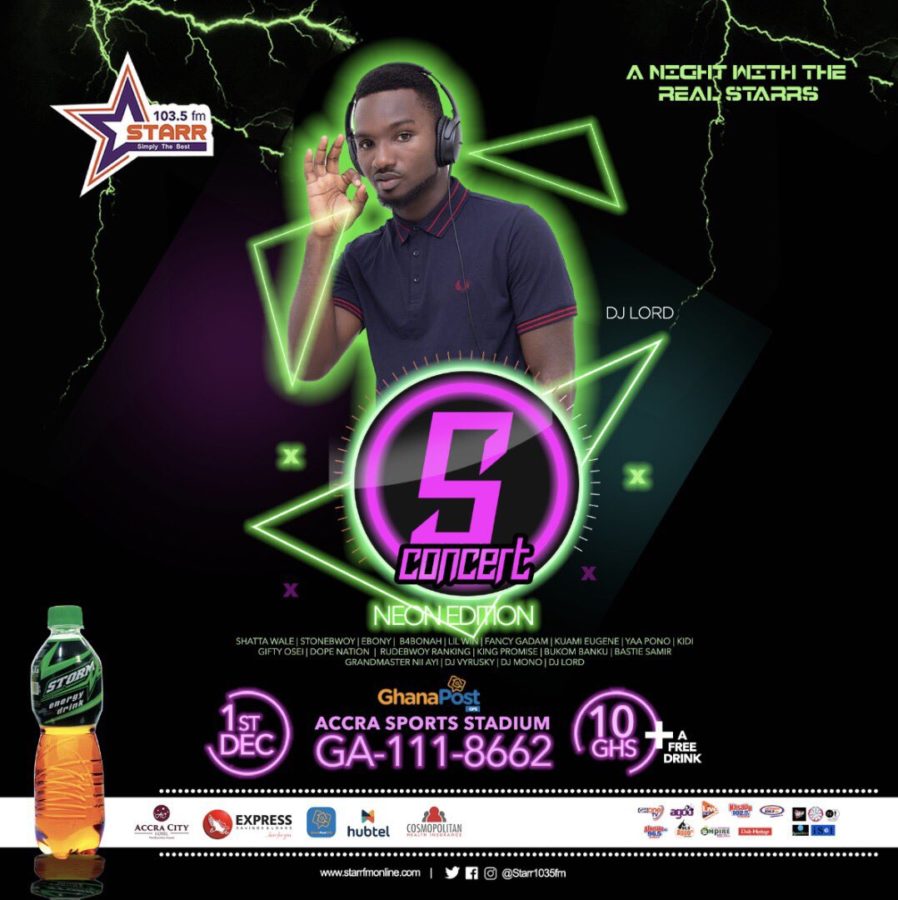 Over 50 mainstream and upcoming musicians have signed up to perform at this year’s S Concert, Ghana’s biggest music concert in recent years.

Featuring some of the country’s most adored brands in music, as well as an exciting assembly of rising talents, the concert will see all on one stage all night.

This year’s S Concert is being held at the Accra Sports Stadium (GA-111-8662), venue for last year’s record-breaking numbers.

Organized annually since 2014 by the EIB Network-owned Starr 103.5 FM, the concert is yet Ghana’s biggest celebration of its A-List and budding artistes.