Stonebwoy's Wife Slashed With Knife At Ashaiman To The World Concert

October 1, 2017/By/Innews/Comments Off on Stonebwoy’s Wife Slashed With Knife At Ashaiman To The World Concert 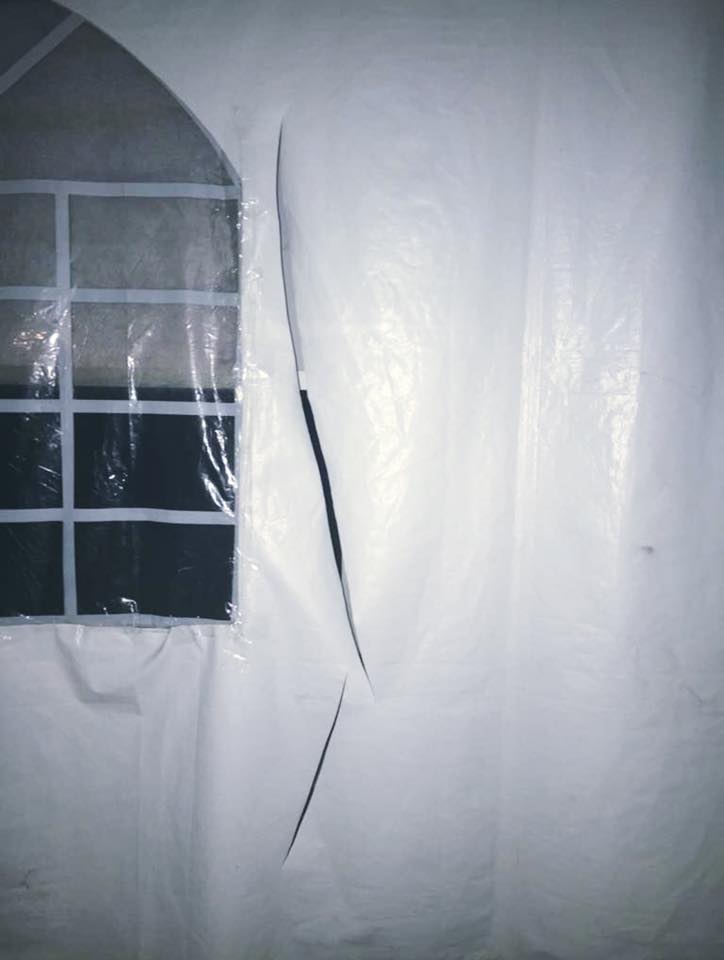 Stonebwoy took to the stage on Saturday night for his Ashaiman to the World concert, but unbeknown to the thousands of his fans present, the dancehall star and his wife had been attacked moments before his performance.

Stonebwoy, real name Livingstone Etse Satekla, revealed the worrying information on his Facebook page on Sunday, indicating that his wife, Louisa, was injured in the attack at the Saka Saka Park.

It appears he was the target of the knife attack, but the unknown assailants missed and ended up cutting his wife, who he recently married in June 2017.

Louisa was rushed to the hospital minutes after the 2017 BET Awards nominee ended his act.

“Knife cuts Tru My Tent Missed Me As Target And Cuts wifey on her back side! Minute Before I Hit Stage! But #IstillDeliveredForMyPeople and Rushed To The hospital right after I Got Off Stage… ” the caption on a picture of his ripped tent stated.

In that very stage performance, Stonebwoy was joined on stage by seeming rival, Shatta Wale, who fulfilled an earlier promise to join his fellow dancehall artiste on stage.
The concert also featured the likes of Kofi Kinaata, Yaa Pono, Kofi Slay, and Sariki.
The Ashaiman area is known to be a core constituency of Stonebwoy’s fanbase. The town is one of the areas in the Greater Accra Region with a high crime rate.
–
By: Delali Adogla-Bessa/citifmonline.com/Ghana