December 13, 2017/ByRichard/Innews/Comments Off on It’s Been Difficult Combining Production and Singing – Magnom

Music producer, Magnom has disclosed in an interview with Citi TV that adding singing to his music production career has been hectic.

In an exclusive interview with Osei Kwame, he stated that he decided venture into singing so that he could have absolute control over his career even though doing the two has not been easy.

“It’s been difficult combining the two because I still work as a producer and I am an artiste performing at shows; so that makes it hectic,” he said.

He also noted that he would be embarking on a nationwide tour in 2018 so that he can get closer to his fans and win new ones.

Magnom is among the top artistes lined up for this year’s Decemba 2 Rememba scheduled for 24thDecember, 2017. He entreated all and sundry to get their jeans and white tops ready to party.

“I’m very excited about it. It’s a very big event. Everybody looks out for Decemba 2 Rememba every year. My fans should expect something to remember,” he said.

Magnom has produced 25 songs in 2017 and the songs are from different music genres. He has hit songs like ‘My Baby,’ ‘Tsoobi’ and ‘Bum Bum.’

Also performing is re-united Wutah who will do justice to ‘Bronya,’ and other hit songs from their repertoire.

Tickets for Decemba 2 Rememba go on sale shortly and will be selling for GHc 90 (regular) and GHc 150 (VIP).

Watch the interview below: 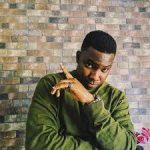