December 10, 2017/ByRichard/Innews/Comments Off on Ebony Engages Amakye Dede In Kumasi 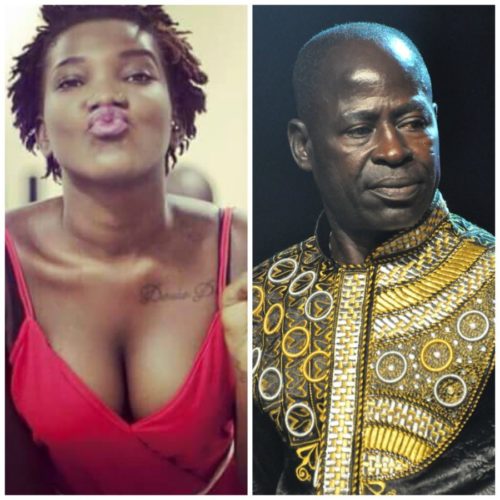 Unlike a regular boxing day when families only stay home to while the day away, there is an opportunity to make this year’s boxing day memorable and fun filled.

Modern Initiatives and Happy Man Bitters is bringing you spectacular entertainment package to make up for your losses this year.

Miklin Hotel in Kumasi will be the center of attraction on December 26, 2017 as the finest of Ghana’s highlife and dancehall artistes will perform live on one stage.

Abrantie Amakye Dede leads the line up as he promises a “serious” and nerve racking performance that  will leave you asking for more. Known for his apt performances and being a live band power house, Amakye Dede promises to quench the thirst of thirsty audience.

The reigning female dancehall artiste, the 90s baddest girl, Ebony Reigns will captivate the hearts of patrons with her songs. She promises her “hustle” will not be a vain venture because patrons will be on their feet throughout her session of “sponsorship”. 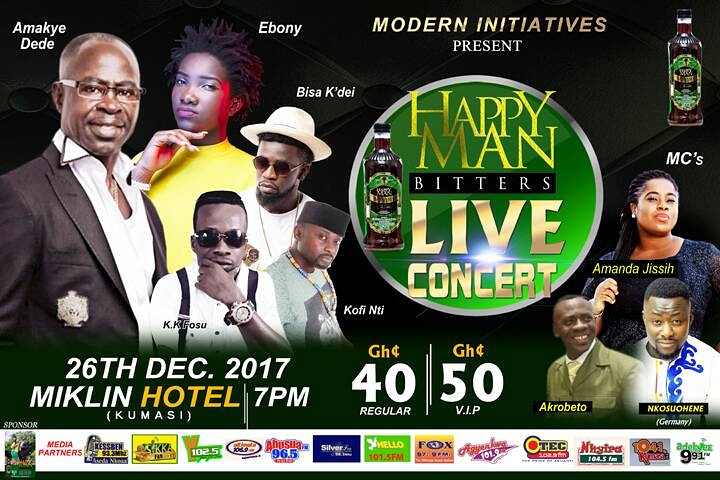 Bisa Kdei brings in the new school highlife feeling and will dazzle patrons with some riveting performance. His songs including “Mansa” “Brother Brother” “feeling” “Samina” and others are expected to work magic of keeping patrons on their feet throughout his session.

The “6 O Clock” hitmaker, KK Fosu is filled with immense fire ready to unleash good music onto the anticipating audience. He intends treating patrons to some of his great tunes that rocked various areas in the country over the years.

Other artistes billed for the night includes Kofi Nti, the young and promising “Alaptawan” whiles MCs for the show includes the ever enterprising Amanda Jissih, Akrobeto and Nkosuohene (Germany).