Stonebwoy's 'Bhim Concert' to be held on Dec 22

Stonebwoy’s ‘Bhim Concert’ to be held on Dec 22

December 13, 2017/ByRichard/Innews/Comments Off on Stonebwoy’s ‘Bhim Concert’ to be held on Dec 22 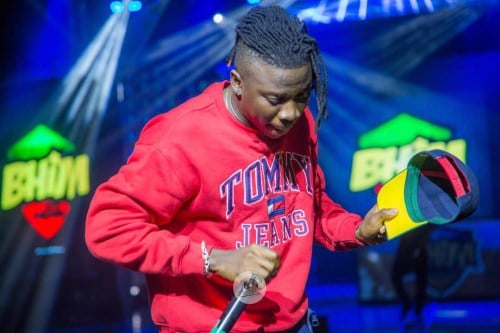 This year’s ‘Bhim Concert’, dubbed the EOM (Epistles Of Mama) Album Release Edition, is set to take place on December 22.

Last year, Stonebwoy/Bhim Nation held a similar and successful show at the Accra International Conference (AICC) in collaboration with Charterhouse.

This year’s event, according to reports, promises to be even more exciting as Zylofon Media takes charge with the organisation of the second edition of the Bhim Concert.

After putting together the ‘Ashaiman to the World’ concert in September where the night recorded over 50,000 people with lots of surprise acts passing through, Zylofon Media is set to pull more strings to surprise Ghanaians once again.

Some of the artists on the bill for the second edition of the concert include Rocky Dawuni, Becca, Kumi Guitar, Obibini, Joyce Blessing, Samini, VVIP, Joey B, Kojo Funds, Kofi Kinaata, Kelvyn Boy, Eden, Mugeez, Yaa Pono, and King Promise.

Organisers have promised a surprise performance by a yet-to-be-named Jamaican artiste.

Stonebwoy is currently in London promoting his EOM Double album. The double album; one Afrobeats and the other pure Raggae will be released on December 12. 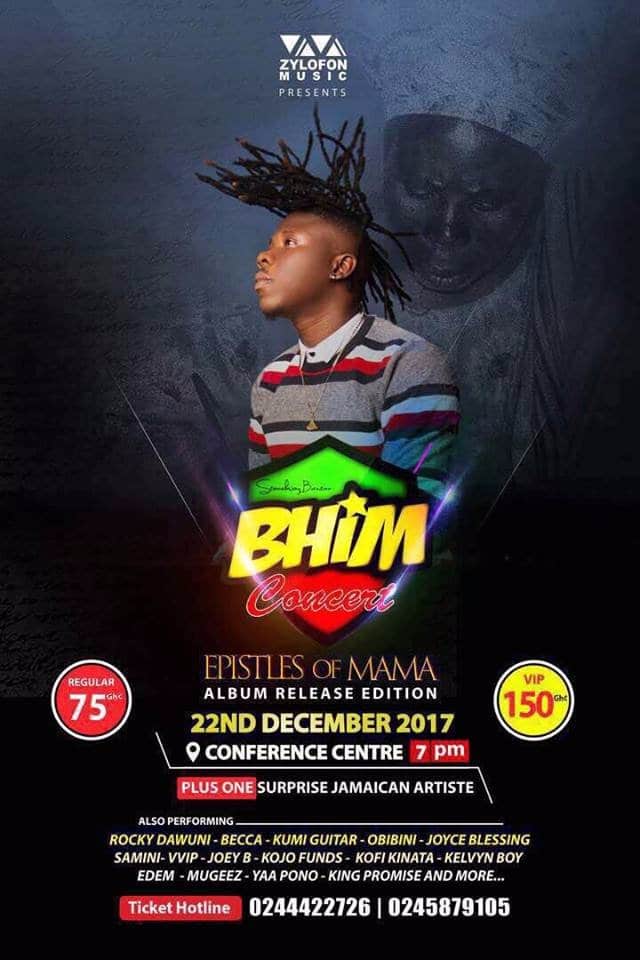