In an interview with Bernard Avle on Citi Breakfast Show Thursday, Afriyie, a member of the music group said they always draw inspiration from old songs to compose new ones and stated that their hit song ‘Bronya’ has its major taken melodies from ‘Nea Ye Boe.’

“We know we always tap from the old. The secret behind this song is that we took we took melodies of Safohene Gyeni’s ‘Nea Ye Boe’. So highlife melodies are embedded here,” he said. 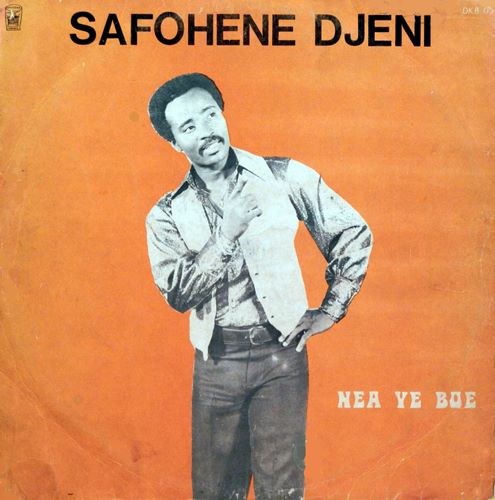 Few months ago, manager of Wutah, Babiee Dapaah told Citi Showbiz that the song was recorded before the group went their separate ways in 2010.

“It’s true. Bronya was done before they broke up. We only took it to Kin Dee to redo it. So it is not a new song,” she said.

In the meantime, an artiste called Zenabu has accused Wutah for stealing her song for ‘Bronya.’

According her, she featured Wutah’s Afriyie on her song in 2005 and because it was not popular the group decided to revisit it, tweak it to create ‘Bronya.’

She added that even though they did not take the entire song, the fact that they picked some of the lines means they had not been fair to her.

“When somebody want to steal your song, they take the punch lines; sometimes the chorus, sometimes something that will cripple you from bringing yours. They stole my song and the evidence is there to prove,” she noted.

In Akan when one says “yɛbro deda, yɛntwɛn bronya,” it literally means they don’t wait till Christmas to get drunk. The connotative meaning therefore, is that they don’t wait for a particular event to take place before they take an action of urgency.

Wutah came into the limelight in 2004 when it contested for the Nescafe Africa Revelation music competition in Accra and came second to Praye.

In 2010, they separated and started recording their solo projects. Afriyie has released song like ‘I Do,’ ‘Love of My Life,’ ‘Tontonti,’ ‘Everlasting Love’ and ‘Here to Stay.’ Kobby also has songs like ‘Chiochio,’ ‘Pii Por Pii,’ ‘Warning,’ and ‘Father for All.’

On 24th December, 2017, Wutah will be performing at this year’s Decemba 2 Rememba organised by Citi FM, at the Accra International Conference Centre.

Others artistes on the bill are Kuami Eugene, Kidi, Ebony, King Promise, Captain Planet, MzVee, Magnom, Adina, Fancy Gadam, Adomaa, and many others.

Tickets are available at Baatsona Total, Maxmart at the A&C Mall, Silverbird Cinemas and at the Citi FM front desk for GHc 90 regular, GHc 150 VIP.