January 14, 2017/ByRichard/Innews/Comments Off on Stonebwoy and Beatz Dakay Rumored To Be At Loggerheads 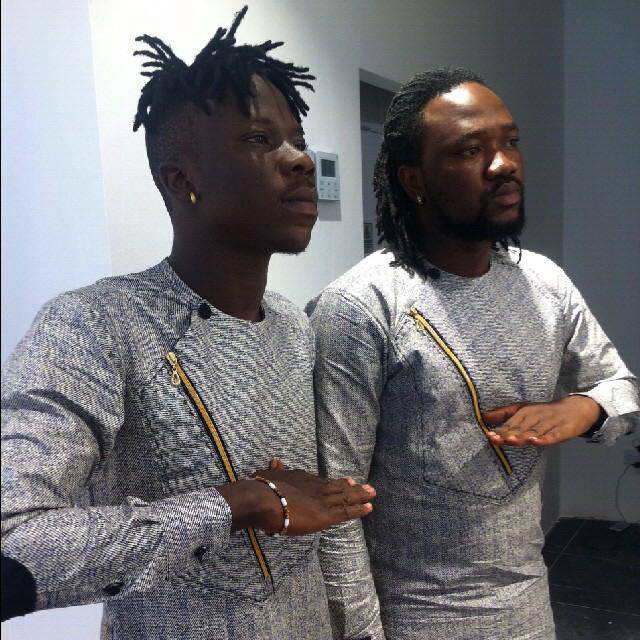 Information Flex newspaper is getting from grape vine has it that all is not well between Stonebwoy Burnitton and his producer Beatz Dakay over alleged money sharing.

A source very close to the two individuals in this whole story who wants to remain anonymous has informed Flex newspaper that Beatz Dakay is really frustrated about this whole confusion because he has been let down by the artiste he has sacrificed for all this while. Below are some of the frustrating issues he told Flex newspaper about on phone last week.

“Beatz Dakay had earlier demanded for a percentage sharing of all gigs Stonebwoy will play because he does not charge him for the production. He demanded for 20% but Stonebwoy was only ready to give 5%. Again Stonebwoy has now set up his own studio in his house and instead of using his known producer Beatz Dakay for his works, he is rather using a young producer who goes by the name Awaga and was trained by Beatz Dakay. Meanwhile, Beatz Dakay set up the studio for Stonebwoy in his house but he has been ignored from using it.

After the first demand from Beatz Dakay, Stonebwoy got angry, went to Dakay`s studio and angrily broke some glasses in his studio which has left his studio not looking good. The source continued that Stonebwoy even threatened to come there again to do more if he continues to worry his peace with money. Beatz Dakay is also frustrated because at the moment, his wife is about to give birth or has given birth and there seems to be no money saved to take care of mother and baby. He has been busy with works from Stonebwoy to the extent that he has sacked most musicians with that attitude.

that according to our source, that ended the whole transaction between the two talents who are at each others throat now. When was the last time you saw Beatz Dakay backing Stonebwoy on a stage? our source said more than has been captured.

To present a balanced story and to confirm what is really happening, Flex newspaper called Beatz Dakay to explain what is really happening to him but he denied any of such allegations and even added that he was the brain behind the current song from Stonebwoy “Nkulenu) meanwhile guys following tweets from Stonebwoy have also confirmed the song mentions Awaaga as the producer.

Manager of Stonebwoy who goes by the name Black Cedi in an interview with Flex newspaper has also hinted that he is not ready to talk about this issue for now until further notice. Meanwhile, a post by one long time friend of Stonebwoy which was re-posted by Beatz Dakay but later deleted from his time line on Facebook sums the whole show up. 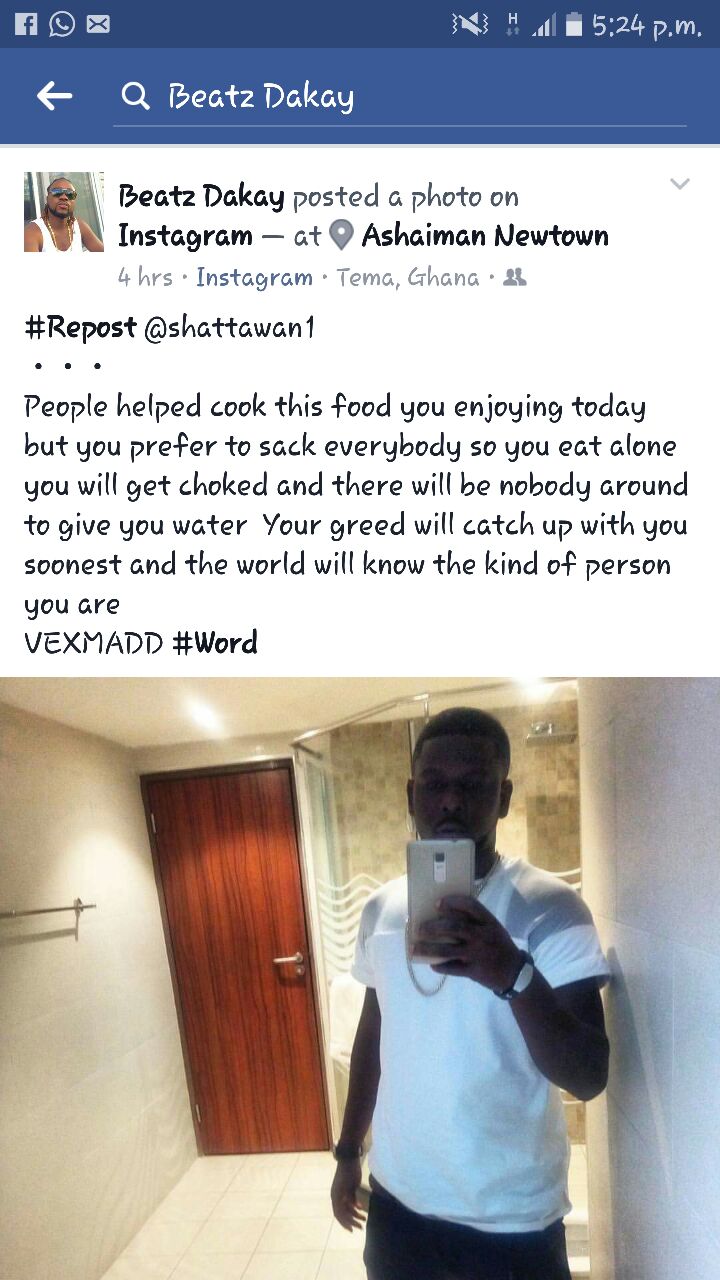 In the post, the guy Shatta Wan talked about someone sacking people who helped him to cook but now that the food is ready, he wants to eat alone. The story unfolds and Flex newspaper promises to bring you all the new developments.