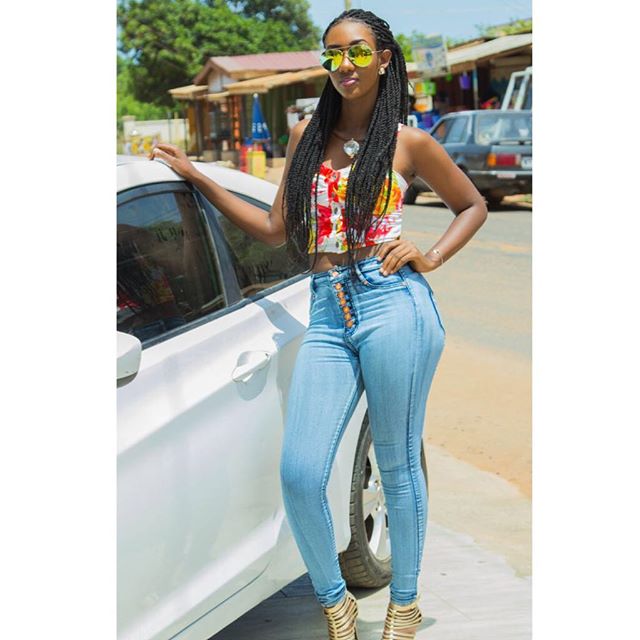 Promising Television Presenter, Regina Van-Helvert has shaved off her hair just to take on a role as a cancer patient in a new movie titled “Swings”.

The host of “Rhythms Live” on GH One TV who is fast rising in the movie industry, said she didn’t expect to get such challenging roles especially in her early stage as an actress, but had to risk losing her hair for the first time; eventhough she concedes the risk was worth it.

“I never thought there would be a point in my acting career that would demand that I shave my hair off but the character I played influenced it. After reading the script I was given an option to either shave off all my hair or use the bald cup but I wanted to connect more and immerse myself with the character so I decided to go all out for it”.

Regina played the lead role of a cancer patient, Toni, who was going through chemotherapy and she admits the role was emotional and very challenging.

“My character was a young girl who in the pursuit of love and happiness discovered she had a terminal illness. It was very challenging because I had to immerse myself into Toni’s character and it obviously wasn’t an easy role, as I had to play a very sick and bubbly girl at the same time. The switch between characters was fast paced. But thanks to the amazing cast, crew and the producer who made the task less tedious than it would have been”.

READ ALSO: My Win Came as a Surprise to Me – Freda Rhymz

“Swings” is an emotional yet exciting biopic story which projects Love, Chance and Choice, a mysterious fate causes an exasperated duo to realize and fight the feelings they have for each other.

“Swings” is director by Pascal Amanfo and producer by Daniel Edah (DEO Studios) and it premieres on Saturday 25 November 2017 at Silverbird Cinemas, Accra and WestHills mall.