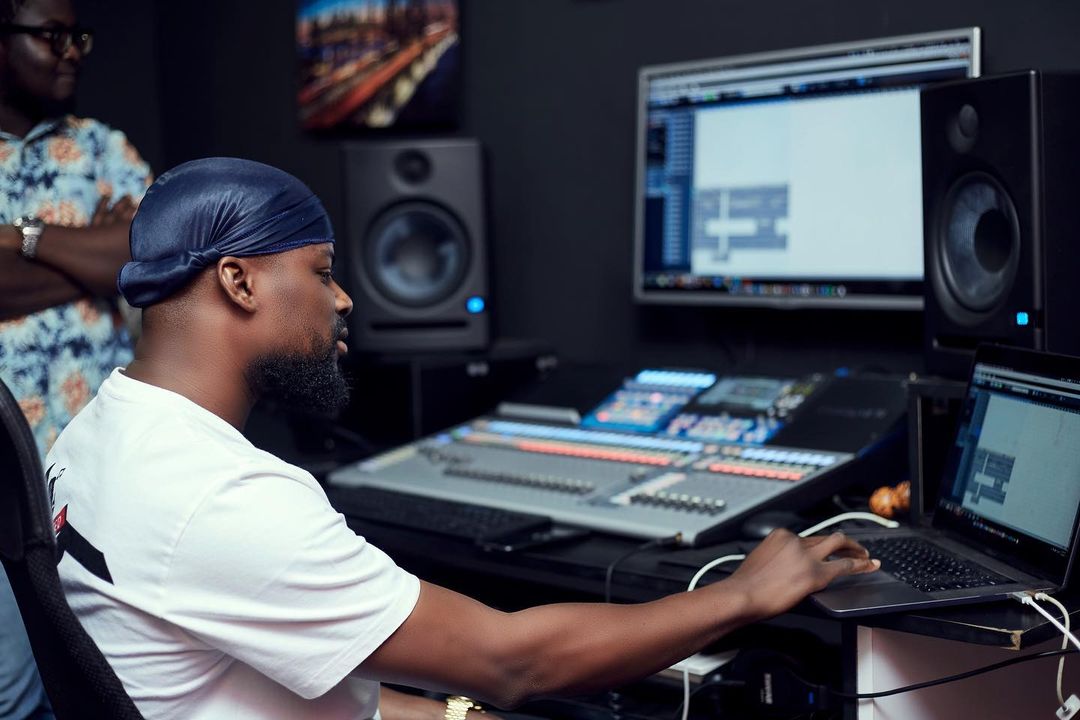 Talking about the inspiration behind the idea, he revealed that a number of young individuals kept requesting that he trains them to become professionals like himself. After thinking over this request for a while, he came up with the idea to start the class to help them.

In an interview on Y97.9 FM’s Dryve of Your Lyfe Show hosted by Nana Quasi-Wusu (PM), he said, “A few days ago, I posted on my social media platform that I needed about (3 or 4) upcoming producers to join me work in the studio. The feedback I got was close to 500 in the comment session so I randomly selected 4 of them and they were blessed”.

He revealed that he took them through thorough training and shared with them software and some processes of production that no producer will want to share with anyone.

“I opened up to them on how I go about my production, shared with them the data of some hit songs I’ve produced and they were very excited about it”, he shared.

Going into details about the class he stated, “The class will be coming off on the 13th of March in East Legon at Kobby’s event center. Interested persons can head to my Instagram page, click on the link in my bio and follow the registration procedure”.

He furthered that, he will not be handling the class alone as he will be having the likes of other legendary producers and DJs including, “DJ Vyrusky, Jay Master Jay, Jay Foley who is also another good producer. I also have Edem as an artiste to talk to us about how producers should relate with artistes and what they expect from them. Eazzy will also be there to speak on collaborations between producers and female acts”.

Not wanting to give out every detail about the training, he encouraged everyone to be a part of the class because it will be a great opportunity to learn. “Everyone should take advantage”, he declared.

He ended by saying, “I am very excited about this and I look forward to it because now, I am convinced that my work is being acknowledged and recognized. That is why others also want to learn from me”.