M.O.G Beatz Reveals Shatta Wale Is Yet To Pay Him Despite Producing 10 Songs On 'Reign' Album

M.O.G Beatz Reveals Shatta Wale Is Yet To Pay Him Despite Producing 10 Songs On ‘Reign’ Album

March 1, 2021/ByRichard/Innews/Comments Off on M.O.G Beatz Reveals Shatta Wale Is Yet To Pay Him Despite Producing 10 Songs On ‘Reign’ Album 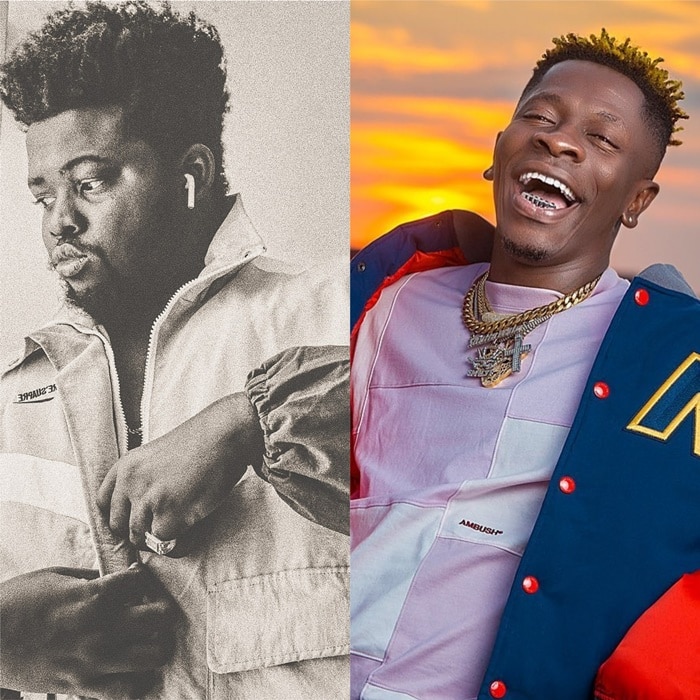 Multiple award-winning Ghanaian music producer, and current VGMA, One Awards, and 3 Music Awards Producer Of The Year, M.O.G Beatz, has revealed that 3 years down the line, he is yet to receive a penny for producing 10 songs off Shatta Wale’s 17-track Album “Reign”.

The producer sparked controversy after he responded to a social media post by Shatta Wale. In the post, the dancehall artiste listed a number of producers and stated emphatically that he spoils them with cash (See Screenshot below). 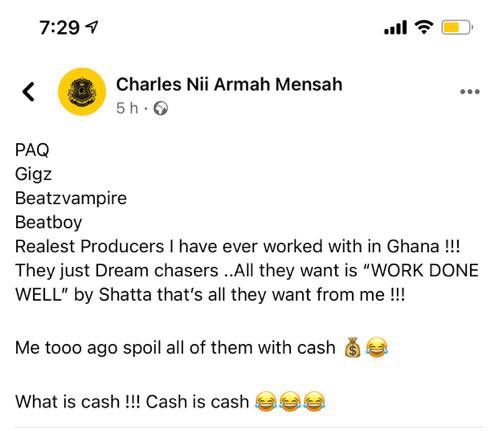 The statement did not go down well with M.O.G Beatz and the producer quickly responded calling the dancehall artiste ‘Stingy’. He posted:

” Money Man @shattawalegh
, me I dey see you as a big brother i never had. I know say you no be STINGY like that lol, i produced 10 songs on the #ReignAlbum but ano see no CASH from you since 2018. Seeing this made me laugh sooo hard
..

M.O.G Beatz further revealed that after he gave Shatta Wale over 150 beats, the dancehall artiste blocked him.

Follow the exchanges between M.O.G Beatz and Shatta Wale below: 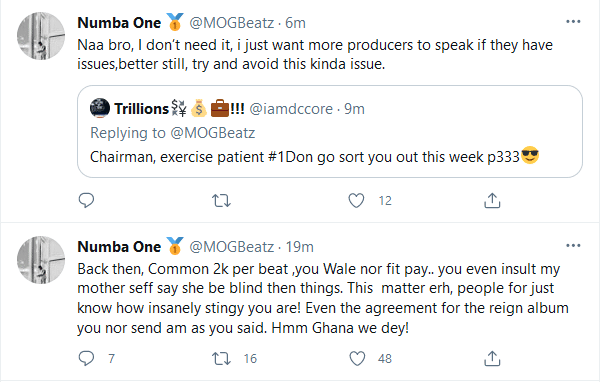 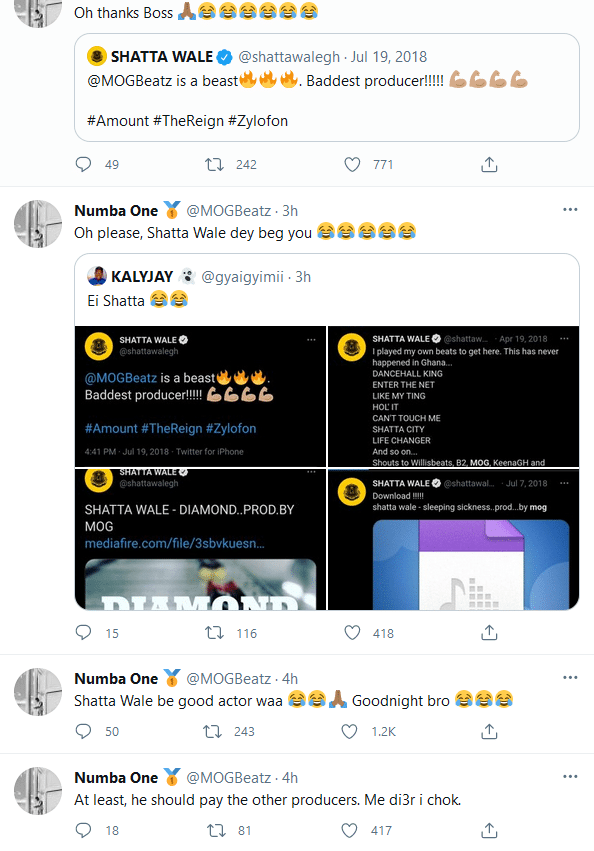 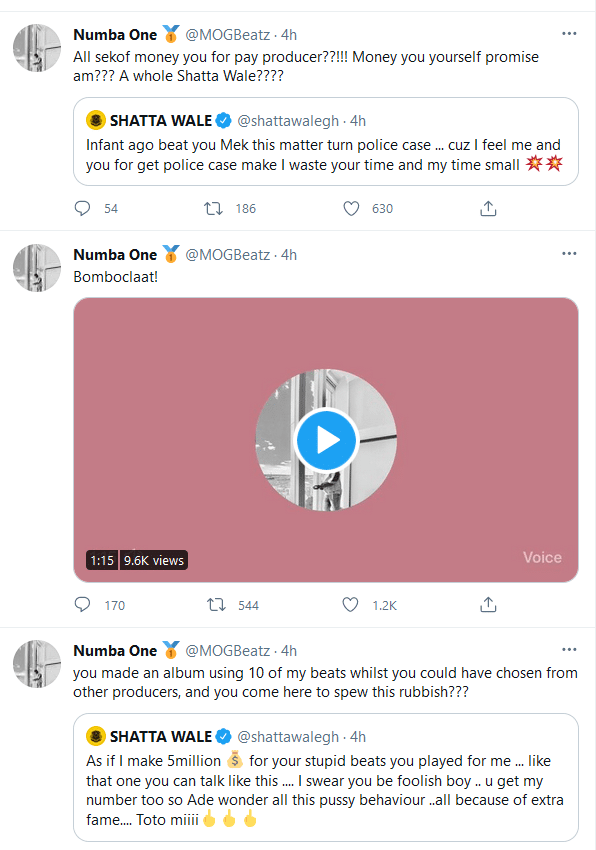 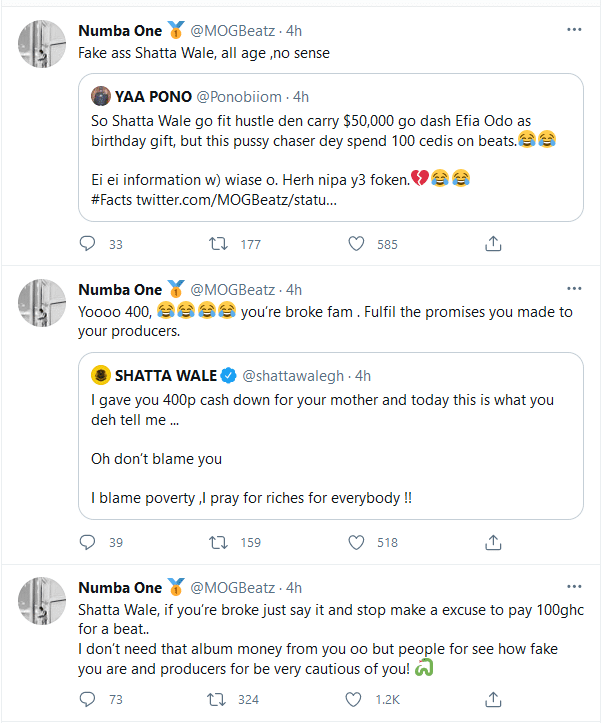 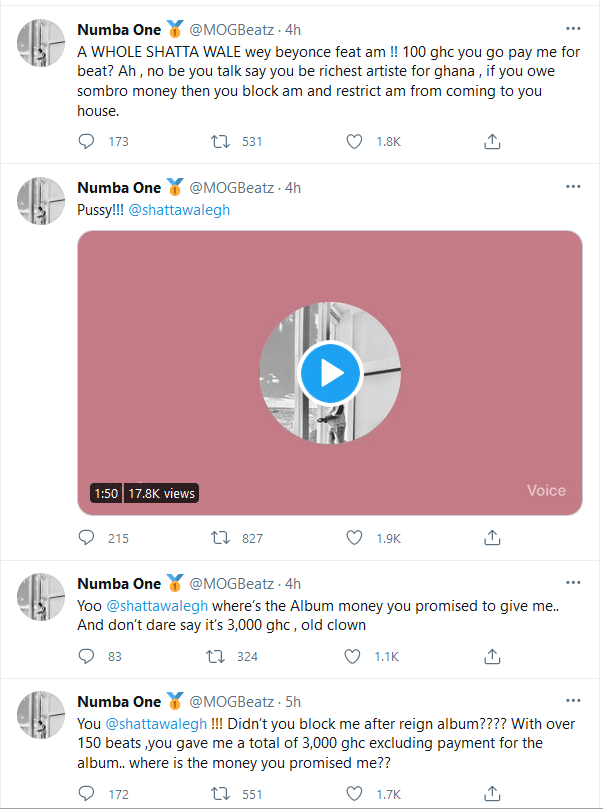 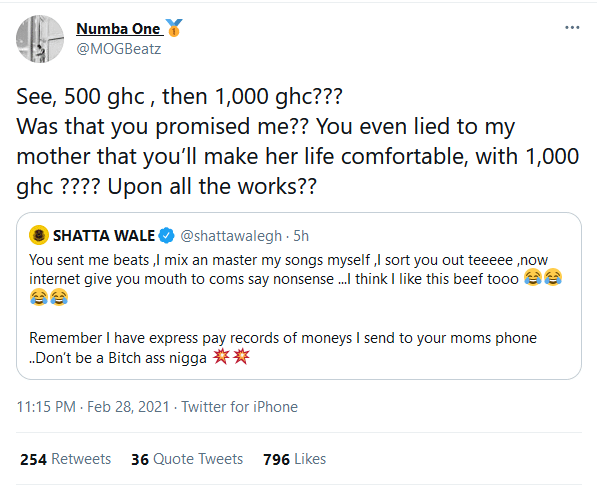 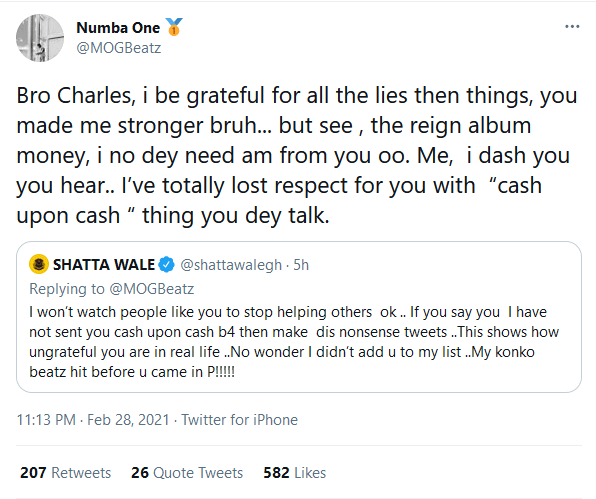 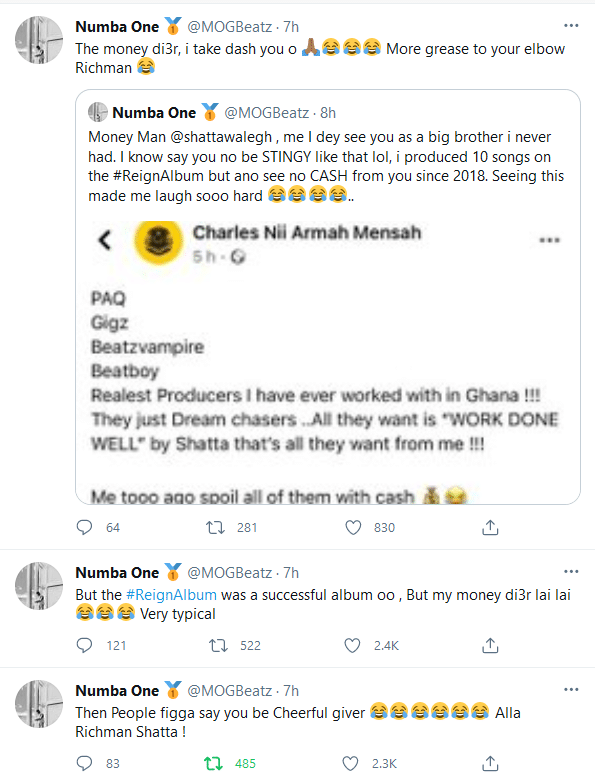 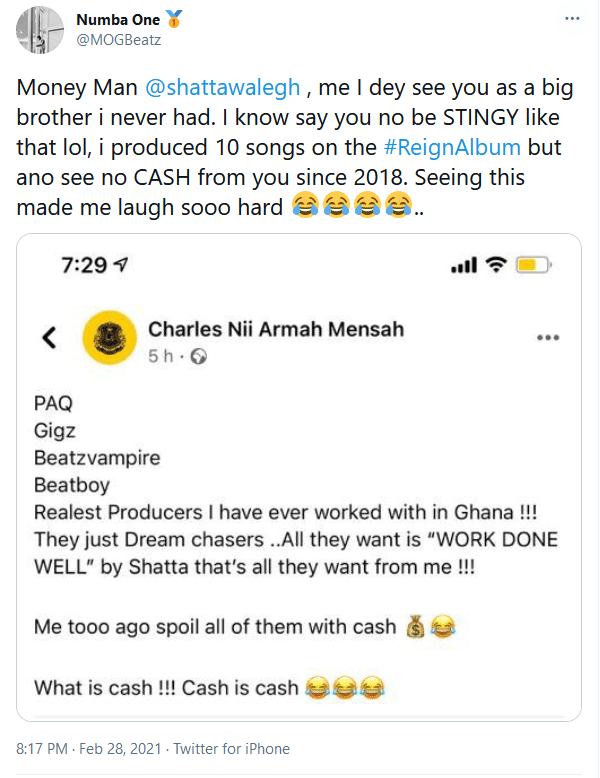