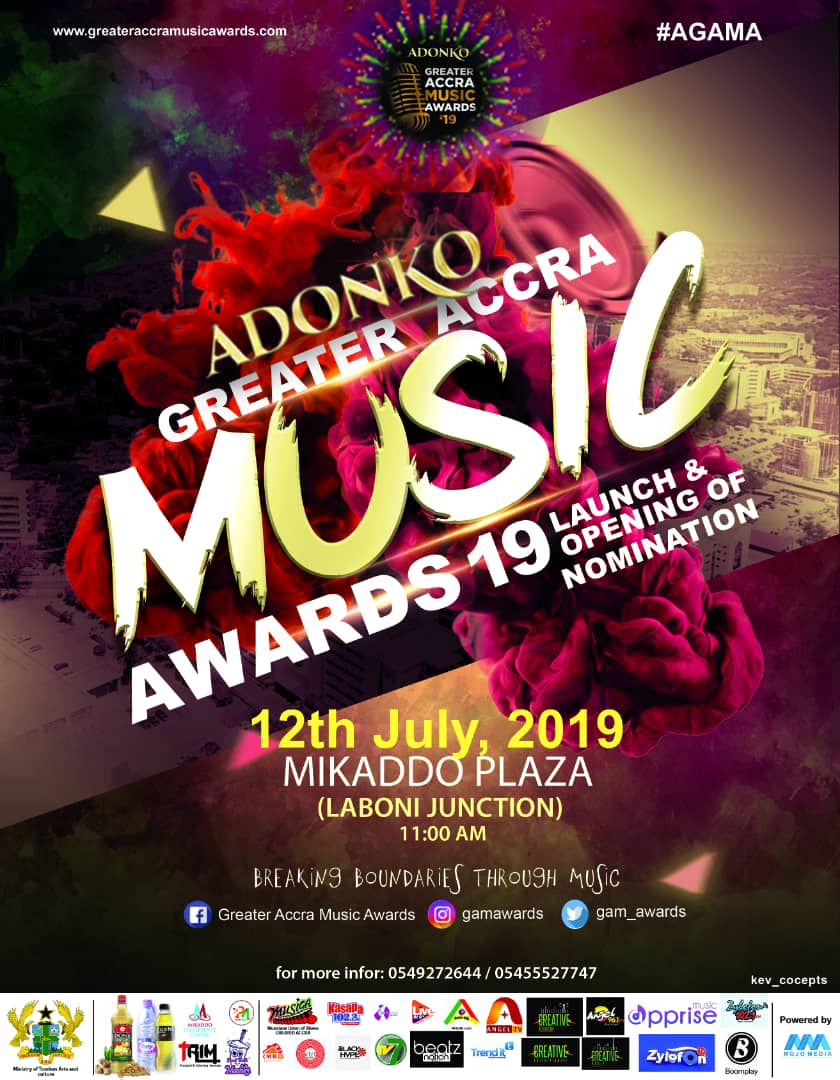 Ghana is yet to experience another Music Development award scheme dubbed Greater Accra Music Awards “GAMA”, it is set to open nomination for the maiden edition of the awards scheme on 12th July , 2019.

GAMA is an annual music award scheme that seeks to recognize musical talent in The Greater Accra Region.  It aims at recognizing and to celebrate the hard working artistes under the year in review. Ghana’s capital is undoubtedly hub of great talent however due to several talents seeking greener pasture in it, it has made it difficult for the musical fans to identify and celebrate them, and it’s also to touch base with indigenous Accra musical root.

MojoMedia is the organizing company with its support partners, seeks to promote musical talents in the Greater Accra Region. “It intends to recognize and celebrate the hard working artistes under the year of review”, the organizers said.

The CEO, “Mr Haruna Rashid Yussif” of the Greater Accra Music Awards, in an interaction with the media he said artists, groups, producers, sound engineers, video directors, fans and all the industry players are expected to nominate themselves or to be nominated by others for categories they qualify.

“Artistes must have worked under the year of review 2016 – 2018. Songs, album or music video that has been released in the year. A soft copy of the nominee’s profile, photographs and sample music is required with the entry form via www.greateraacramusicawards.com.

After the submission of nominations, all entries will be screened for eligibility. An “Award board” made up of recognized members of the Greater Accra Music Awards scheme will then shortlist each category.