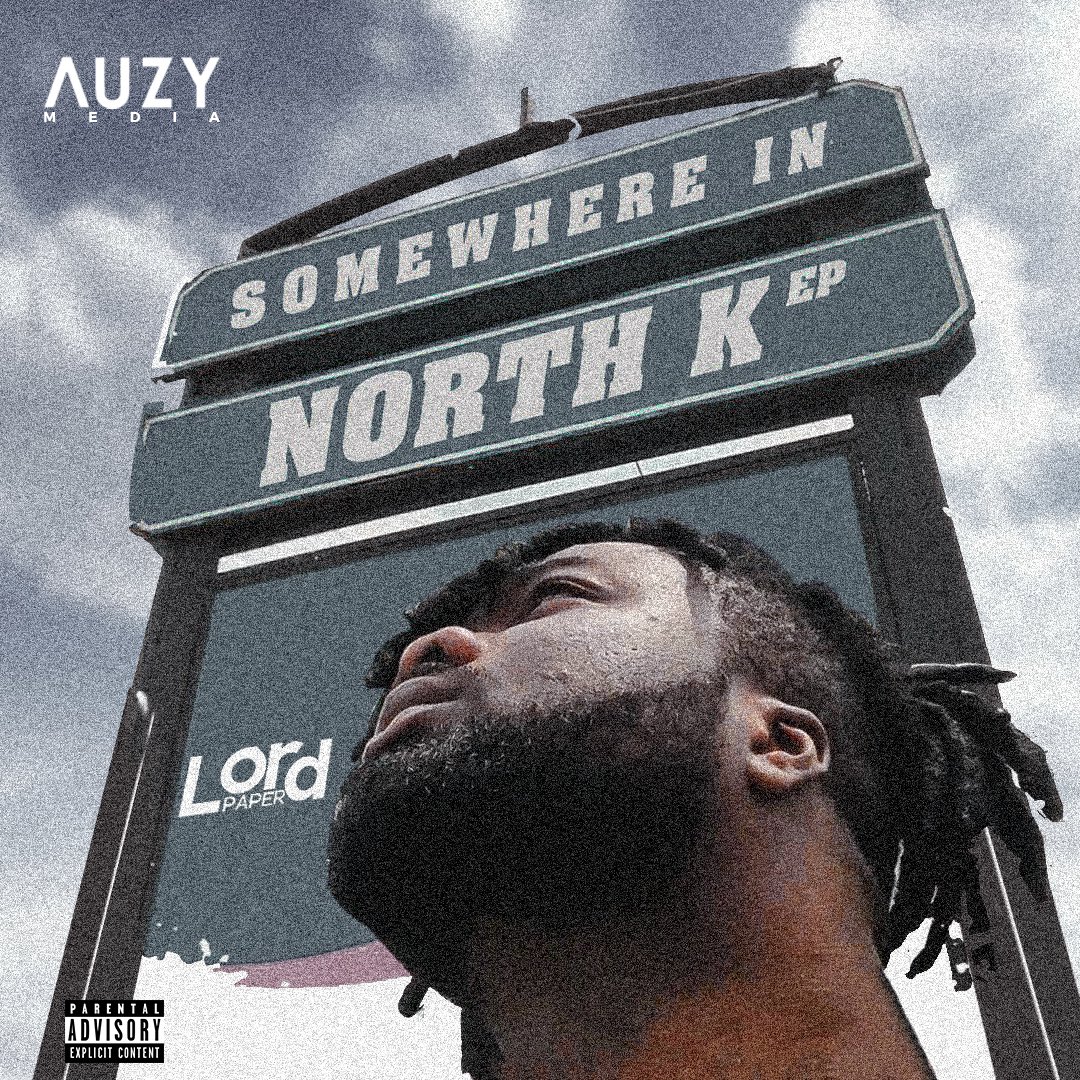 Ahead of his scheduled release of an EP next month, versatile artiste Lordpaper has announced and revealed the name and track-list for his debut EP, titled Somewhere In North K.

He revealed this in a social media post on twitter where he revealed the art cover and track-list for the hugely anticipated EP which will be available on all digital platforms on 26th July 2019.

Following the success of his Dzigbordi single, a contender for song of the year at next year’s VGMA, the EP has an all-star lineup which includes guest verses from Medikal on Love No Catch You Before RMX, Joey B, Sister Derby, Akan, Freda Rhymez, Sister Afia, Enam and more.

After the reveal of the tracklist, one song that has started generating buzz is the highly anticipated collaboration with Appietus and Patapaa titled Antipey produced by Parisbeat.

The double EP consists of 10 songs, Side A and Side B, with the latter including the previously released singles “Love No Catch You Before RMX” and “Dzigbordi”.

Side A houses songs like Suicide On Ma Mind featuring RJZ and Akan, Monalisa and an Intro (Lord Paper’s Voice) which ushers listeners into the EP.

The production of Somewhere In North K was done by Samsney, Kuvie, Nebu Beats, Beat Master, Gomez, Mophic and Parisbeat. 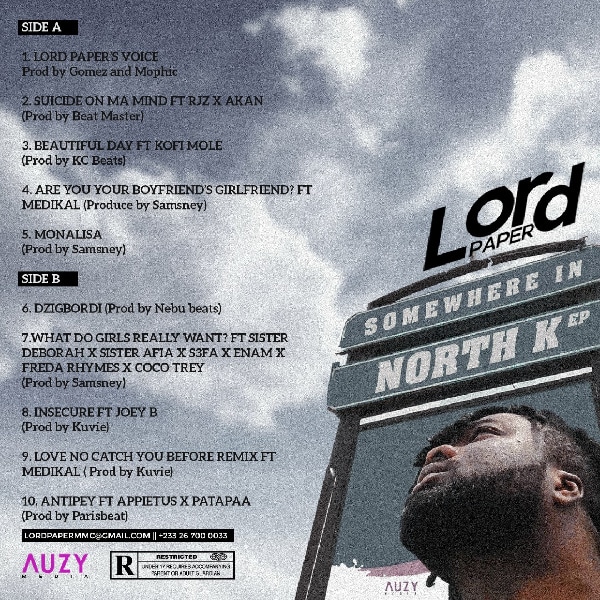