January 16, 2017/ByRichard/Innews/Comments Off on Stonebwoy Responds To Rumours of Disagreement With Beatz Dakay 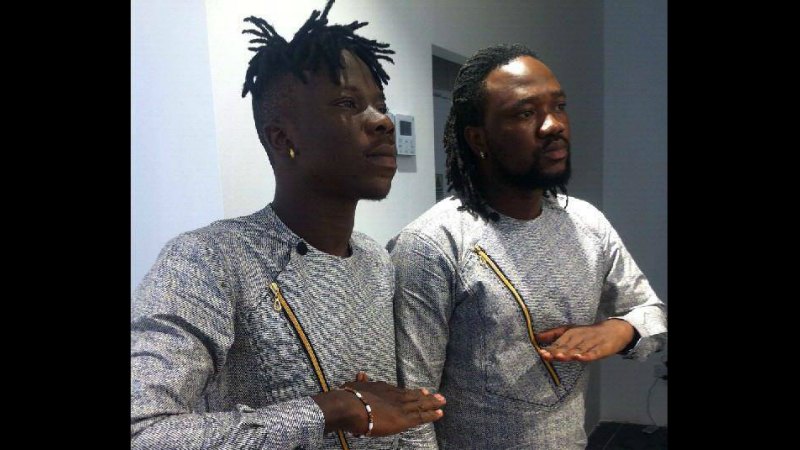 Multiple award-winning Ghanaian reggae and dancehall artiste Stonebwoy , has responded to rumours of disagreement between himself and the in-house producer of Burniton Music Group,  Beatz Dakay .

For The Sake Of My Well Wishers And Fans, Those Who Deeply Love Me Without A Doubt ,The Media And bloggers I Decide To Speak..
I Do NOT Have Any Issues With my Brother BeatzDakay.. We Have Been At This For a while
Putting in The Best Of Each other’s Efforts And I Trust That Ghana And The World Admires This bond between a Beats Producer And An Artiste which is Still Envied By Many.

In recent Times Decision Was Made To Redress
Certain modes of operation..
Communicating The Development Didn’t Seem To Go Down Well With My brother Beatzdakay Which i Took Responsible.. And So The Team On My Behalf Sat And it Was Believed Trashed..
Enkulenu The Biggest Hit Song Right Now. Was Produced By Awaga His Protege in My Own Home Studio Mixed And Mastered By BeatzDakay Payment Was Equally Made On His Own business Terms..
Few Days Past I’ve seen all sorts of articles flying about Trying To Soil My Image,Reputation and Hard work.
I’m sorry To Say its Rather Sad To Have It Go This Way Which is Quiet Disappointing But This Is What We Face..
I wish My Brother Well in All Aspects
For All The Claims And Some Of The Things said in those articles I Do Not Bear Responsibility For And Know Nothing About..
My Doors Are Open To Work With Him And All Other Producers Just Like Its Always Been..
This God Given Year Will Be Greater For Us All
#BhimNationPresident

Beatz Dakay has produced quite a number of hit songs for Stonebwoy and their chemistry is admired by all. Some of the songs include: