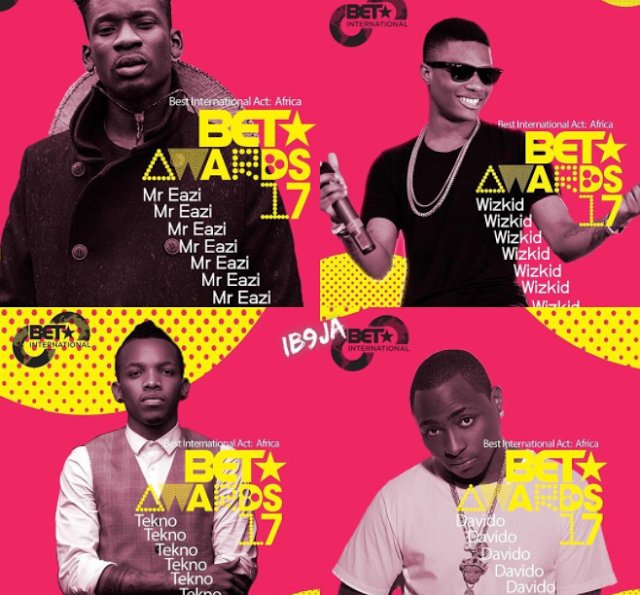 Other acts from the continent include Starboy frontman Wizkid, Tekno, Davido (Nigeria), as well as AKA, Nasty C, and Babes Wodumo (South Africa).

The 2017 edition of the awards is scheduled for the Microsoft Theatre on June 25.