I Made Shatta Wale; He Should Thank Me - Samini

I Made Shatta Wale; He Should Thank Me – Samini

August 17, 2017/ByRichard/Innews/Comments Off on I Made Shatta Wale; He Should Thank Me – Samini 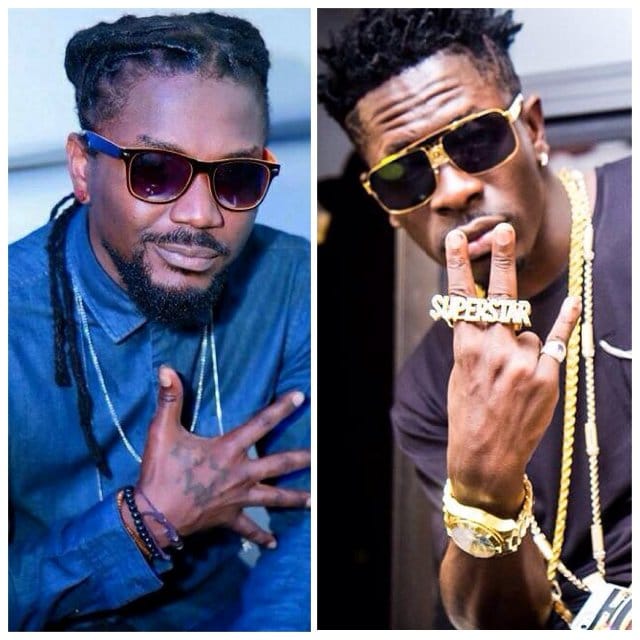 Dancehall artiste, Samini, says his fellow industry player, Shatta Wale, owes him a thank you because he (Samina) was the “blueprint” that propelled Shatta Wale to stardom.

“I played a heavy role in bringing Bandana to the forefront of Ghana dancehall by just being relevant,” Samini told Accra-based Starr FM’s Bola Ray on Wednesday, 16 August, insisting that Shatta Wale, who he still prefers to call Bandana despite his rebranding, must be grateful to “the blueprint” – him (Samini) – for his (Shatta Wale’s) current fame and popularity in the dancehall industry.

“I’ve always been on top,” Samini said in response to a question about whether he still considered himself as the Dancehall King of Ghana.

“He [Shatta Wale] should always say thanks to the blueprint [Samini] because I’ve been there and he looked at me, targeted me. He threw shots at me because I was on top and still at the top. He knows that. So I became his main target, so now I guess he is even tired of answering questions about my name because wherever you will go, I promise you that they will ask you: what’s your problem with the artiste Samini?” Samini said.

Asked what he thought has been the root cause of the animosity between the two of them, Samini responded: “I don’t think there is a problem because personally I was minding my business, doing my thing and the last time I remember having any encounter with him was when I put him on a my tour in 2004 for my first album so we went to the length and breadth of Ghana and he had the experience of it but that’s as far as I know but I was doing my thing. … I recognised him as the next dancehall artiste coming up…

“The next time I heard singles, shots being thrown at me, fabricated stories here and there, and then he will go on radio saying I sabotaged him and I made sure he didn’t play the Beenie Man concert and I told promoters, show organisers not to put him on gigs. I never did that so I went on a radio station and I challenged him to show me one person, one promoter who would testify that I did that and then we call a spade a spade. These are stuff that you do to get attention and then when you have good songs, when you get the attention, you push the songs through and that’s what he did. [It made him popular and through that I made him popular],” Samini said.

Despite the career animosity, Samini admitted: “I like him that’s why I put him on tour in 2014,” adding that: “He is a talented artiste” and would not mind putting him back on his tour.

He, however, described most of Shatta Wale’s tracks as “bubble gum” songs, explaining that his songs disappear as fast as they bang on the scene.

Samini, who recently released a new single “My Own”, admitted he listens to some of Shatta Wale’s songs by chance but said he never goes searching for his songs to play.

I Made Shatta Wale; He Should Thank Me – Samini