May 7, 2017/By/Innews/Comments Off on Sarkodie Named In Forbes Top 10 Richest Musicians In Africa 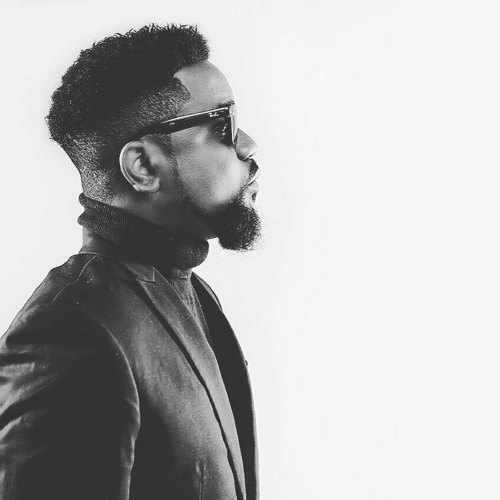 Forbes Africa has in the May 2017 Edition of its magazine ranked multi award winning Ghanaian rapper and CEO of SarkCess Music, Michael Owusu Addo also known as Sarkodie 9th on its list of top 10 artists on the African continent. 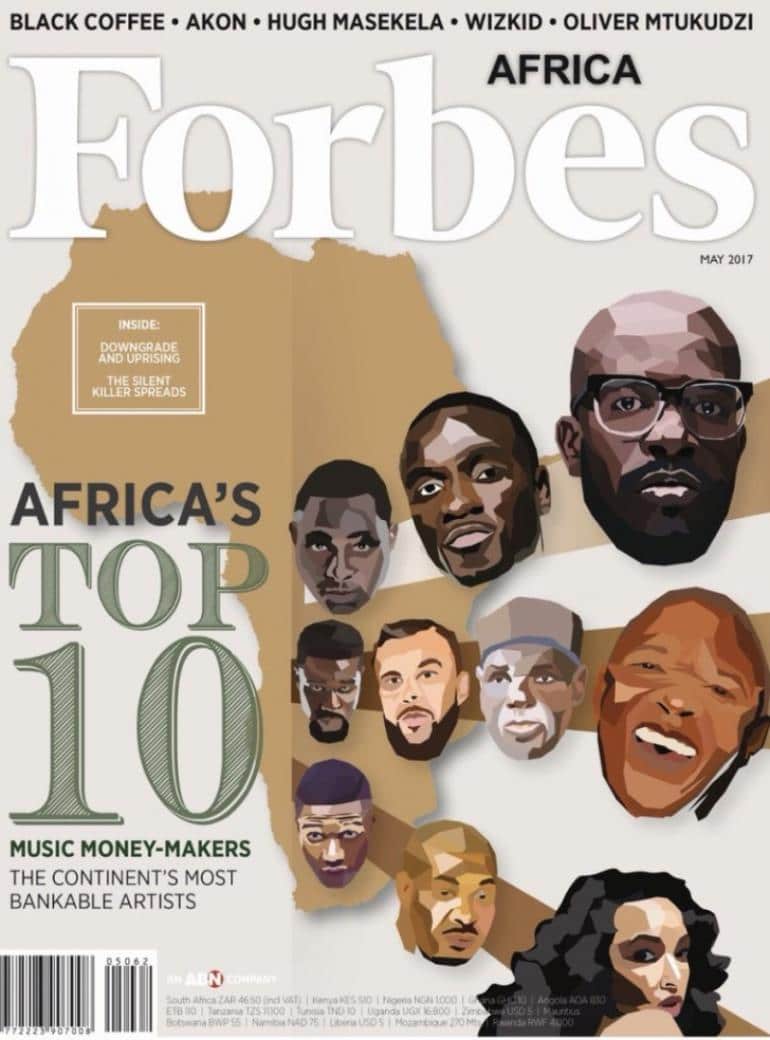 Read what was said of the top 10 musicians from Africa by Forbes Africa.

2. BLACK COFFEE, SOUTH AFRICA Black Coffee, real name Nkosinathi Maphumulo, has not only raised the bar for South African house music, but has put it on the world map. The multi-award-winning artist was born in South Africa’s house music province, KwaZulu-Natal (KZN), raised in the Eastern Cape province, where struggle stalwart Nelson Mandela hailed from, before moving back to KZN to study music. It was worth it.

3. HUGH MASEKELA, SOUTH AFRICA Born in Witbank, east of Johannesburg, Hugh Masekela is committed to restoring African heritage. This world-renowned flugelhornist, trumpeter, bandleader, composer and singer has released more than 43 albums and performed with Marvin Gaye, Dizzy Gillespie, The Byrds, Fela Kuti, Paul Simon, Stevie Wonder and Miriam Makeba. “The music I make, I don’t call it my music. It is based on my township and indigenous rural roots in South Africa. That’s what brought me fame all over the world,” he says.

4. DON JAZZY, NIGERIA Like many artists, Don Jazzy, real name Michael Collins Ajereh, started playing music as a child in church before moving to the UK to pursue his career.

5. TINASHE, ZIMBABWE-AMERICAN Twenty-four-year-old Tinashe Kachingwe sang before she could talk. Her Zimbabwean father Michael, and mother Aimie, from Denmark, have always helped. Tinashe was a child model by the age of three, made her first appearance in 2000 in the film Cora Unashamed and her voice starred in the cartoon feature film The Polar Express alongside Oscar winning actor, Tom Hanks.

6. JIDENNA, NIGERIAN-AMERICAN By the age of 10, Jidenna Theodore Mobisson knew he wanted to do music but was afraid to tell his father who wanted him to be an engineer. It was just as well that his name means embracing the father.

7. WIZKID, NIGERIA Wizkid is arguably currently the uncrowned king of African music. Grammy Award-winning artist, Alicia Keys and husband Swizz Beatz, danced to his songs Ojuelegba and Caro, with Keys posting a video on her Instagram account with the caption, “This song makes me happy” and Kylie Jenner posted a video of herself dancing to Wizkid’s music on snapchat.

8. DAVIDO, NIGERIA Davido has claimed a high status in just five years. The single Back When planted him firmly in the music business in 2011. “It was people like [Nigerian music veterans] P-Square and D’Banj who made me believe that all this was possible,” he recalls. Dami Duro, an unexpected hit, leaked online almost a year prior to its official release, became the crown jewel for his widely acclaimed 2012 debut album, Omo Baba Olowo.

9. SARKODIE, GHANA Born Michael Owusu Addo, Sarkodie has racked up millions of views on YouTube for his music with his debut album and first single, Baby, among the favorites.

He started out as an underground rapper which helped him cross paths with his former manager, Duncan Williams, who helped launch his career. Staying true to his identity, he is a big advocate of Azonto, a Ghanaian genre that is said to have been born out of Kpanlogo, a traditional dance.

Mewu, the first single off his fourth album, Mary, sold almost 4,000 copies on the first day of its release in Ghana’s capital Accra. His hard work does not go unnoticed. Sarkodie was the first Ghanaian to win a BET award and has the most nominations.

His ambitions don’t end here. In 2013, he launched his clothing line Sark by Yas, launched Obidi Chief Headphones which endorses, among others, Samsung and telecommunications company, Tigo.

In 2014, he also launched the music label SarkCess to empower other African artists. 2017 promises to be an even more exciting year for Sarkodie.

10. OLIVER MTUKUDZI, ZIMBABWE Oliver (Tuku) Mtukudzi has 65 albums under his belt — more than Michael Jackson and Whitney Houston. It’s a remarkable career stretching back 41 years with songs that have enlivened parties all over the world. “I never decided to be in the music industry. It was in me. My mother said ‘you are a good singer but you will never surpass your birth cry. Your birth cry was so beautiful’,” says Mtukudzi.

GHAMRO: Musicians will not get royalties for Christmas, New Year