May 31, 2017/By/Innews/Comments Off on Okyeame Kwame Awarded in Germany 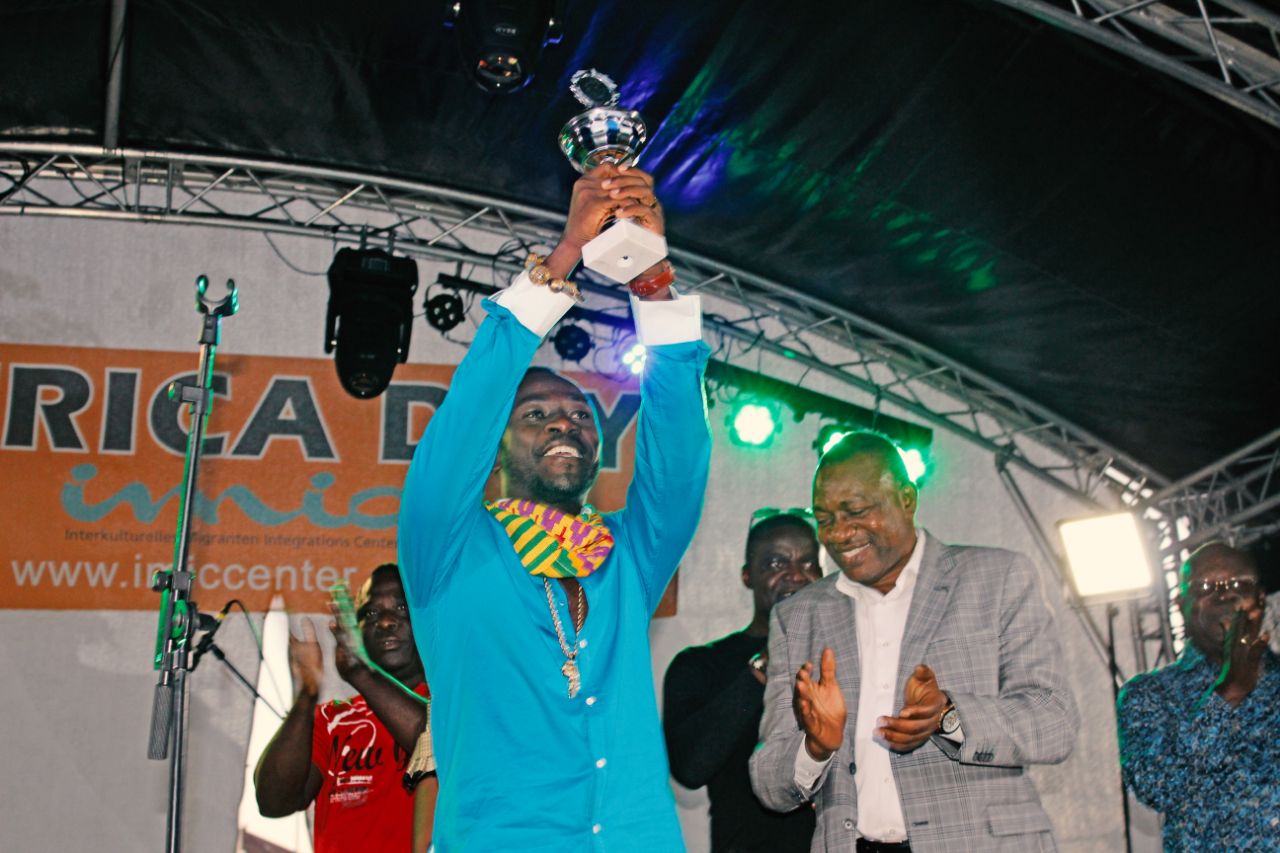 Okyeame Kwame Awarded in Germany for His Contributions to Pan-Africanism

Okyeame Kwame, with numerous awards and titles under his belt has received yet another one; an honour given to him by Interkulterelle Migraten Integrations Centre (IMAC) for his contribution towards Pan-Africanism, positivity in youth culture. 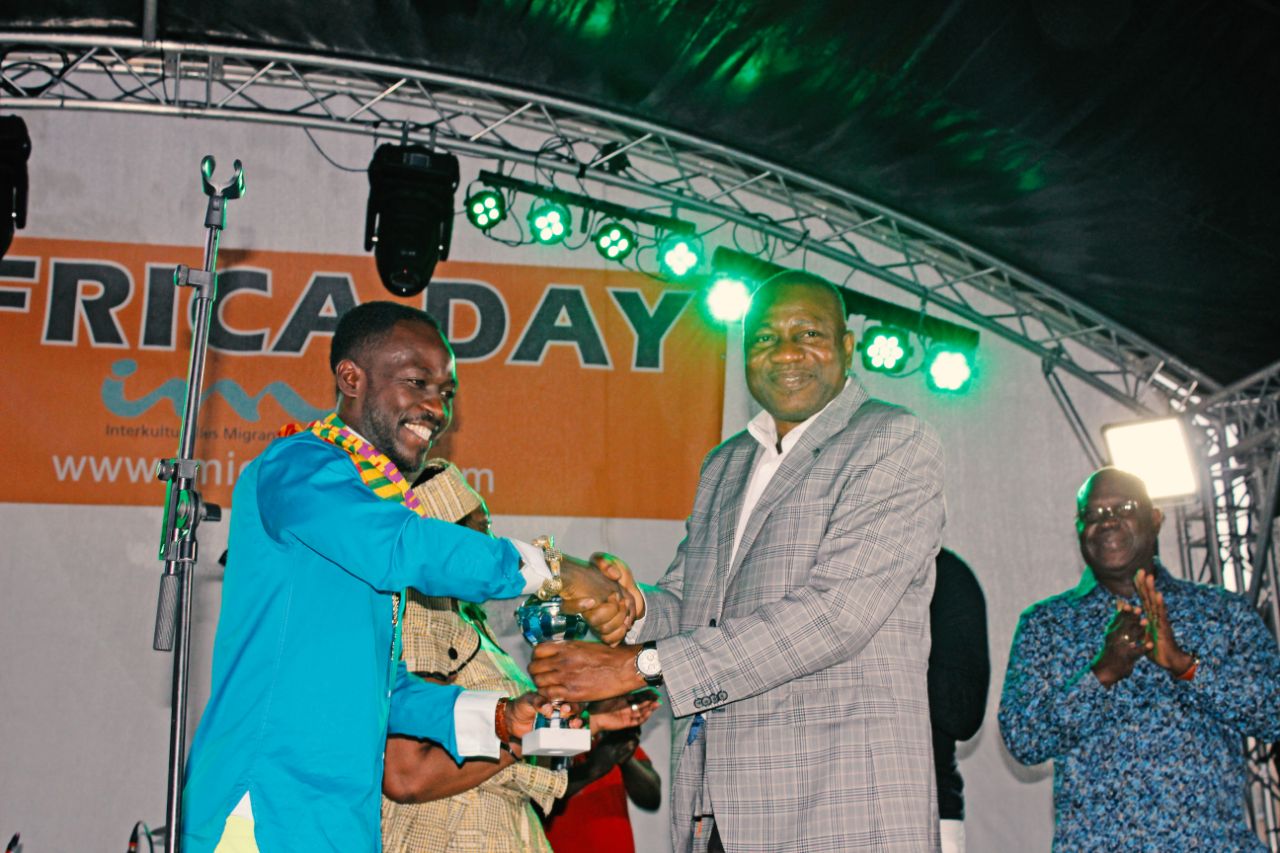 An event which came off on the 27th May 2017 at a week commemoration of the African Union’s Day in Wandsbek Marktplatz, Hamburg in Germany hosted an array of politicians, artistes, entertainment figures and top-celebrated personalities including Ghana’s former First Lady, Nana Konadu Agyeman Rawlings

In a celebration of the day and among other events was a prestigious, presentation of the award to musician Okyeame Kwame by Hon. Rasheed Pelpuo.

Speaking to the development, event organiser Mrs Sylvaina Gerlich stated that there was the need to positively impact the youth and that those abroad look up to their celebrities in Ghana. And so when the organisation found one who was positively inspiring the youth they needed to honor him to serve as an example for the young ones home to emulate.

This accolade goes adds to Okyeame Kwame’s enviable laurels: the key to the city of Cincinnati, the USA’s Presidential Service Award among others.