Mr. Eazi Has Been a Blessing to Me - GuiltyBeatz

Mr. Eazi Has Been a Blessing to Me – GuiltyBeatz

March 6, 2020/ByRichard/Innews, producer/dj news/Comments Off on Mr. Eazi Has Been a Blessing to Me – GuiltyBeatz 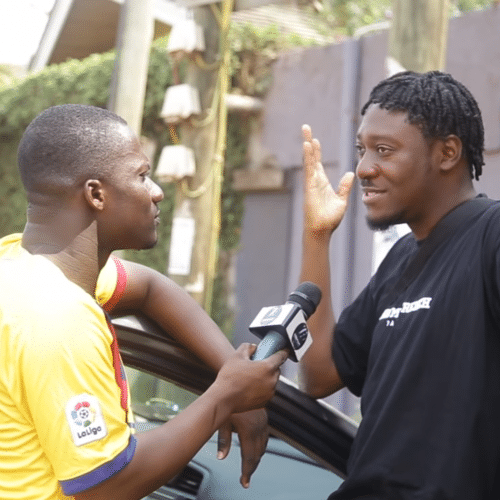 Ghanaian music producer extraordinaire, GuiltyBeatz, who has produced for major African artistes such as Sarkodie, Mr. Eazi, R2bees, Jesse Jagz and in recent times, Beyonce, has revealed that Mr. Eazi has been a major blessing to him and his musical career.

In an interview with Zion Felix, GuiltyBeatz stated that the Afro Beats superstar is the reason why he has been on tours, DJ-ing at Coachella as well as travel around the world.

Mr. Eazi who originally wasn’t part of his “Akwaaba” production plan, heard the snippet of the song and requested to be on the song. Beyond being listed on the song, Mr. Eazi went ahead to convince him to recruit Patapaa for the song, as well as handle the finances for the shooting of the official video and the promotion of the song.

WATCH THE INTERVIEW BELOW