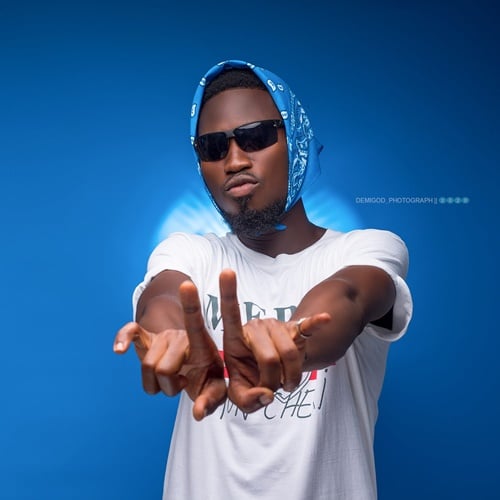 Hip-Hop and Rap music in Ghana is on the ascent as new talents continue blasting into the scene to maintain the class and push the genre further.

Here, we have rising Hip-jump sensation, Emmanuel Nii Lartey Mingle prominently known as mingle.x who have been in the scene for some years, playing a unique role to keep the Hip-Hop genre on top of the others.

mingle.x discovered his rap talent at a more youthful age, he began composing Rhymes during his time as the Junior Secondary School and had into a different gem after his Secondary School Education.

Having been in the background for the past years, He has been able to bag home the Best Hip-Hop Artiste at the Maiden Edition of the Ghana Underground Music Awards (GUM Awards), which was organized to project rising sensations.

Known for his punchlines, metaphors and wordplay, mingle.x has had the chance to open shows for Mainstream Ghanaian acts like E.L, Samini, Sarkodie, Medikal and numerous others to to display his lyrical prowess.

mingle.x mostly delivers mainly in his native tongue, the Ga Language and breakers it with English if needs be.

mingle.x is ready with a 6-track upcoming EP titled “Adidas”, which comes with only a feature and production credits from himself and other gifted rising producers.

“Adidas” is set to drop on the 10th of March and fans, followers of the Hip-Hop genre are to envision for the masterpiece.