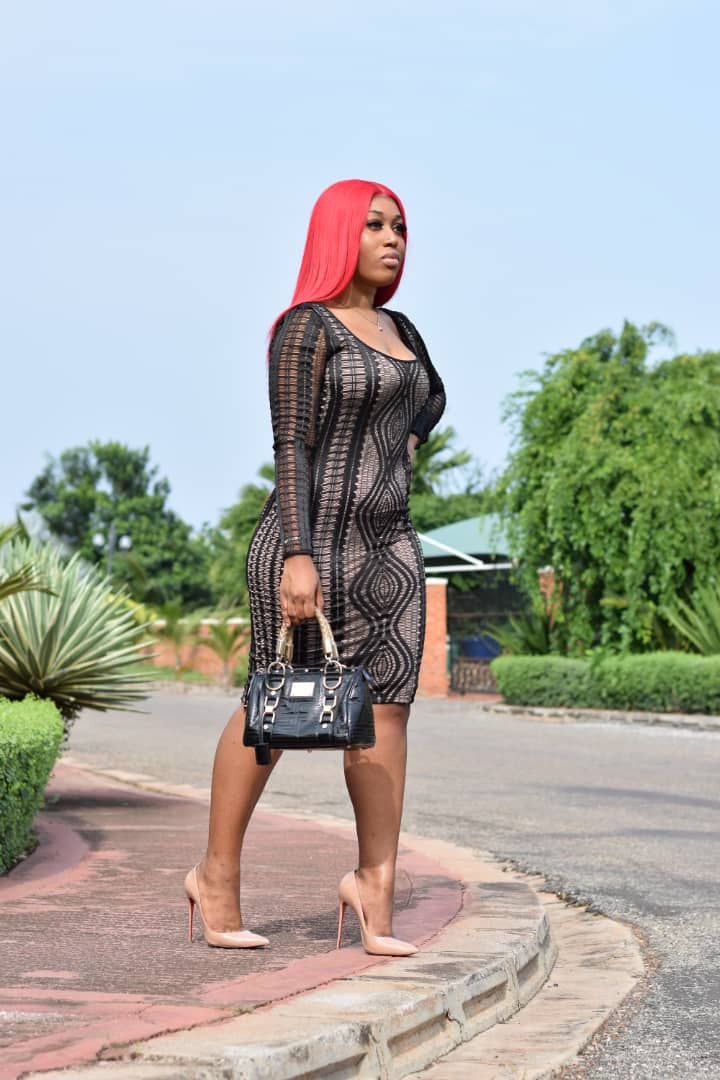 Ruff Town Records newly signed artiste, Fantana has explained why she was arrested by Police in the United States of America (USA) and jailed.

There were reports that Ruff Town Records signed artiste is an ex-convict after she was said to have been arrested and jailed for stealing.

The story got social media users talking with people insulting Ghanacebrities.com Founder Chris Vincent for digging such a piece of information about the artiste who is set to make waves in the entertainment industry.

But speaking in an interview with renowned celebrity blogger monitored on Saturday night, she mentioned that her roommate reported her after she threw her (friend’s) bracelet away after they got into a fight.

In her account, she was charged with Grand Theft and her friend decided to press charges which resulted in her spending over five hours in police custody after which she was made to write a statement to that effect.

The mugshot she added was online because the Police in the United States of America take mugshots of people who are in their custody.

Fantana mentioned that her arrest was not about shoplifting as earlier reports suggested.

According to her, she paid the court for the bracelet and was enrolled in an anger class online and could have taken the mugshot off the internet but she didn’t want to hide things of her and since it’s an episode in her life, she saw its presence as a blessing in disguise.

She revealed that she could have taken the mugshot off the internet but she didn’t want to hide things of her and since it’s an episode in her life, she saw its presence as a blessing in disguise.