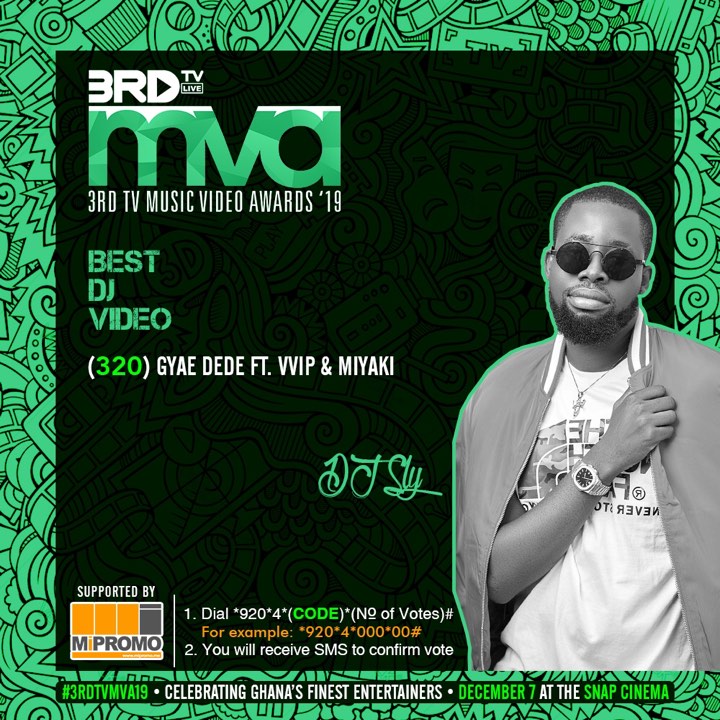 Multiple award winning Ghanaian Disc Jockey, DJ Sly has been nominated alongside DJ Breezy, DJ Mic Smith and DJ Vyrusky for the second edition of the 3rd TV Music Video Awards. His music, Gyae Dede which featured VVIP & Miyaki is up against collaborations done by fellow DJs in the industry.

The awards which is slated for December 7th will be held at Snap Cinema in Accra and will be hosting various musician and video directors from across Ghana.

As a DJ, he has collaborated with both local and international acts to release hit songs which have been listed in various music charts.