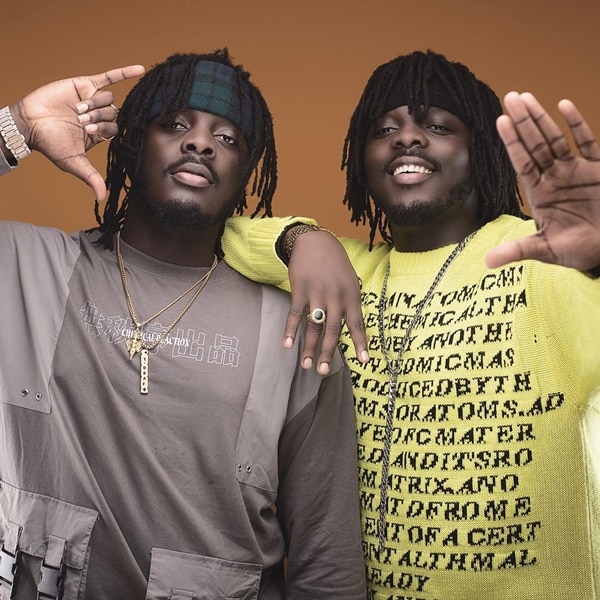 Artiste/Producer Duo – DopeNation are no longer with Lynx Entertainment . This was confirmed by label boss Richie Mensah on 3FM 92.7 (according to Sammy Flex TV) . The label, that is home to two of the hottest Ghanaian Afro Beat artsites Kuami Eugene and KiDi, signed the duo around April 2019. Though the reason for the exit is not known, it is speculated that they were initially given a one-year contract which they refused to renew upon expiration.

Initial rumours that went around indicated that the duo’s label mate , Kuami Eugene, would be leaving as well – he however trashed those rumours and instead indicated that he is happy the duo left in an interview with JoyNews. Kuami Eugene stated that although he does not know why the duo decided to sign out after a year with the label, they are brave to make the decision to work on their own. “I think there is time for everything. If this is the time for them to leave and they have been able to muster courage and be on their own, may God help them and I am so happy for them,” Kuami Eugene said.

Under the label, DopeNation, released bangers such as Zanku and confam (WATCH BELOW)