July 17, 2021/ByRichard/Innews/Comments Off on Accra Academy to Unveil Recording Studio 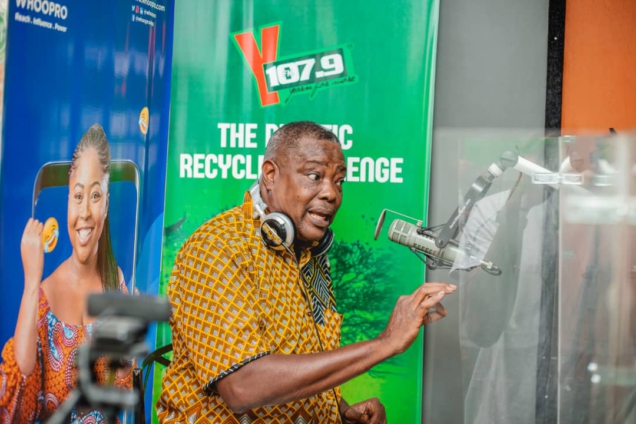 Accra Academy Senior High School is set to launch a recording studio set up for students over the weekend, veteran recording and sound engineer, Zapp Mallet has disclosed.

Describing it as the first of its kind, he noted his readiness to support a national initiative for the teaching and learning of musical instruments and music in schools.

Zapp Mallet disclosed to Reverend Erskine on Y107.9FM’s LeaderBoard Series that “I will be ready to do that as music plays an integral role in our society.”

According to him, the feat will encourage others schools to emulate the system and promote the teaching and learning of music in the country.

“We use music to learn and even teach. For example, we teach the multiplication table with music.”

He said there are some special needs schools that also use music therapy to teach students.

“I have heard of a lady who uses music therapy to teach autistic students,” he said.

The recording engineer who had his secondary education at the Accra Academy from 1975 to 1982 reiterated that he is ever ready to get involved in the introduction and promotion of music in schools nationwide.

The Accra Academy Senior High School has produced a number of quality artistes and sound engineers amongst a myriad of other industry experts.

Gafacci (Bleoo ’06), King of Accra (Bleoo ’05), Zapp Mallet (Bleoo ’82) are amongst a few sound engineers to have come out from the school while, Jerry Hansen (Bleoo ’47), first president of the Musicians Union of Ghana (MUSIGA), KiDi (Bleoo ’12) and Danny Nettey (Bleoo ’88) are some music greats from Bleoo.