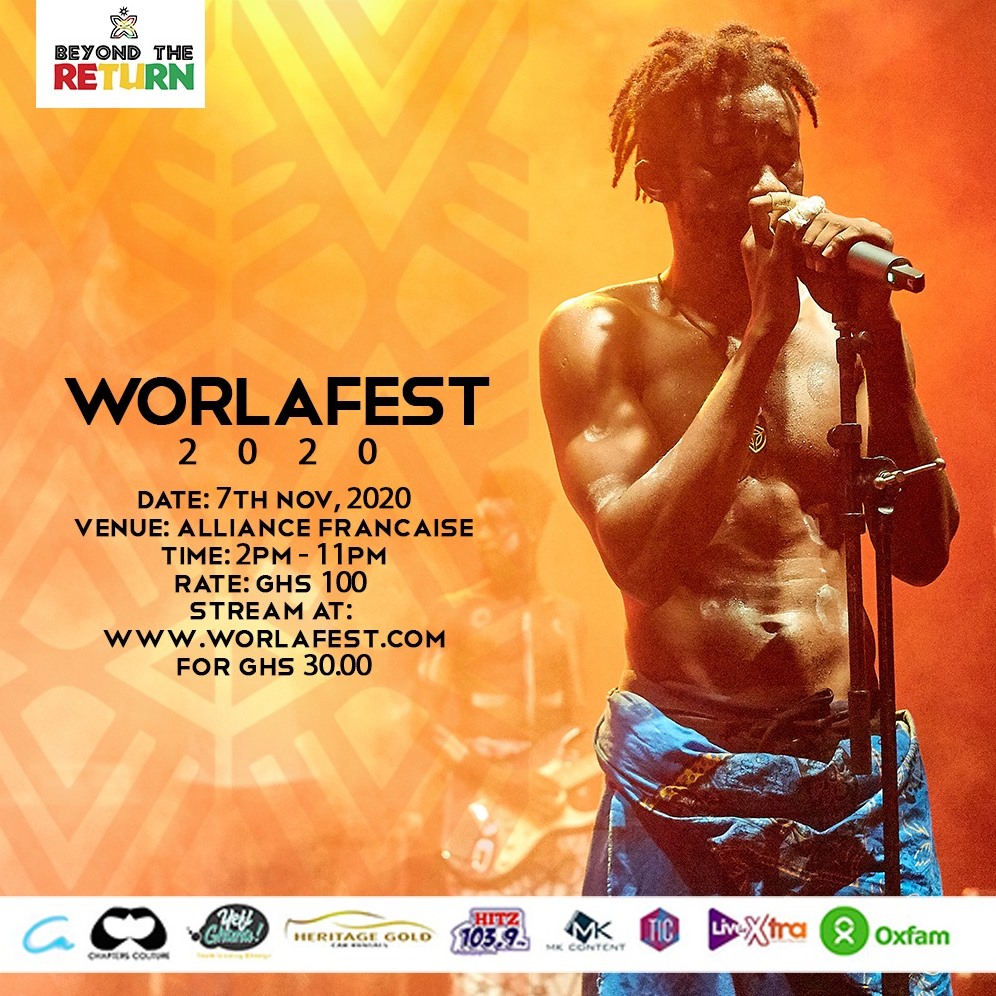 Worlasi’s annual festival of arts and music, Worlafest 2020 is just a few hours away. The concert and arts exhibition is scheduled to kick off from 2pm at Alliance Francaise Accra, but festival goers will be happy to note that they can stream the concert live via Worlafest.com for 30GHS and for 15GHS by using the special discount code WORLA.

This year’s art exhibition will feature 18 artists. Performing artists on the concert bill include, Shaker, Adomaa, Asi Renie, Ko-Jo Cue and the god MC, M.anifest. The concert will be opened by several bands including Safoa Band, Lozzo & The Afro Boys, as well as Abeiku and instrumentalists, Maxwell & Osei who play the seperewa and xylophone respectively.

Worlafest is in its third year, with this particular edition promising to be even more exciting despite the COVID-19 pandemic. Worlasi will be performing songs from all his previous catalogues including the fan favourite – his 2019 album, ”Worla” (The Man and the God).