VIDEO: Sarkodie reveals what Shatta Wale’s song with Beyonce did for him

VIDEO: Sarkodie reveals what Shatta Wale’s song with Beyonce did for him

April 22, 2020/ByRichard/Innews/Comments Off on VIDEO: Sarkodie reveals what Shatta Wale’s song with Beyonce did for him 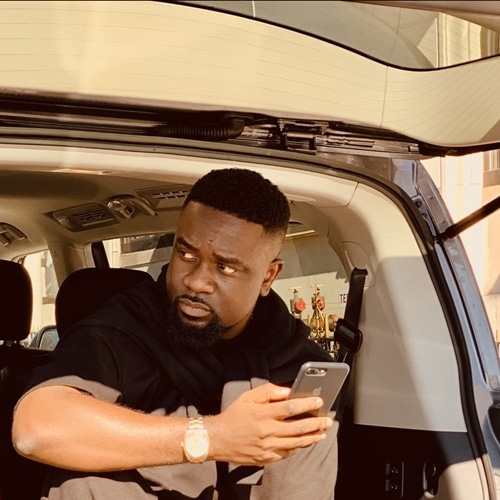 Rapper Michael Owusu Addo, popularly known as Sarkodie, says he was able to ink a deal abroad with the help of Shatta Wale’s ‘Already’ song with Beyonce.

The ‘Highest’ rapper formed part of the tall list of celebrities who lauded the dancehall artiste when his music project with pop icon Beyonce dropped off ‘The Lion King; the Gift album.’

Ghanaians, especially music lovers, were stunned after receiving the news that the Shatta Movement boss had recorded with the wife of ace rapper Jay-Z.

Sarkodie congratulated Shatta and even added that the song was his favorite on the project, which included many African stars.

Though, there was a brawl between Sarkodie and Shatta Wale when the song was released, Sarkodie said it worked the magic for him.

Speaking on the Dentaa show, Sarkodie said some “white” men who wanted to do a deal with him were pushed to ink it after the song made waves on social media.

I didn’t see only Shatta winning. I was having meetings with people trying to seal this deal. They didn’t see the whole Afrobeat thing and then same week Beyonce drops the song; I was thinking more about me because that move got me through the contract.

That is where my state of mind was… if you don’t, then you will lose out, Sarkodie said.

Sarkodie, meanwhile, continued to explain why the music industry had to push Shatta Wale’s win.

If Beyonce doesn’t get the response from us, its not gonna happen again. That means if Beyonce failed then no one is coming to do that again, he said.