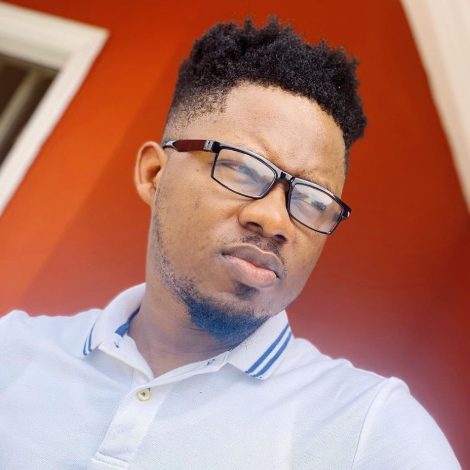 Born Carl Benjamin Akan-Duncan on 7th April 1992, he is known in showbiz as Tubhanibeatz.

Tubhanibeatz started as a rapper in 2010 after graduating senior high school at Academy Of Christ The King in Cape Coast. He won his first rap battle at the freestyle friday show on Focus Fm.
He then joined G.M.C, a rap group in his neighborhood which had rappers like Kofi Compton (now with AMG), Big BoiGH (Winner of EmCee36 on GHONE) Slim Khala (now with Ecklipx Empire) and Denswag (1\2 of TubhaniMuzik).
Big BoiGh also doubled up as the producer of the group so Tubhanibeatz learnt the basics of FL Studio from him.

In early 2012 the group disbanded. Tubhanibeatz then enrolled in Ghana Technology University College (former Ghana Telecom University College) to study Information Technology.
He utilized the free wifi in school to download FLStudio and Cubase tutorials due to his new found love for music production.
In the first semester of second year, he was forced to drop out of school to pursue full time music due to personal challenges.

He also has a hobby of remaking instrumentals of mainstream songs. Some of his remakes include:  Sarkodie ft Castro – Adonai, Sarkodie ft Samini – Love Rocks, Yaa Pono – Amen (which Yaa Pono used for the remix in UK), Sarkodie – Revenge Of The Spartans (which Flowking Stone used for God Of The Spartans) etc.. His remakes, unlike the other ones sound just like the original instrumental and this is why he got the title “King Of Remakes” from fellow producers, Djs, artists and fans.

TubhaniBeatz is the founder of the music production duo TubhaniMuzik which includes himself and Denswag.

Though TubhaniMuzik is a team, TubhaniBeatz’s workstation is in Ashaiman whilst Denswag’s lab is in Kumasi.