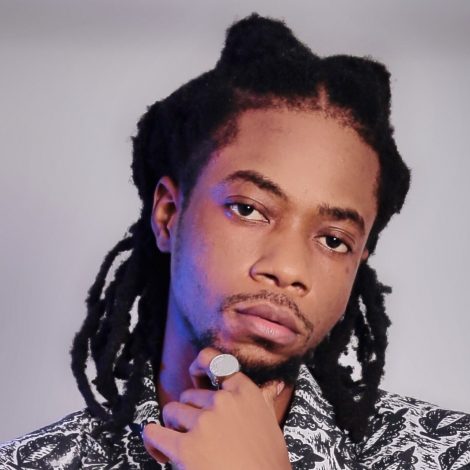 Highly regarded for his top-notch creativity & skills, he considered one of Ghana’s top ubiquitous producers. Slimbo, is a gifted Ghanaian Record Producer, mixing engineer/Musician, and Song writer, who has won the hearts of many and worked with legendaries across Ghana and beyond. His sound is mostly identified with a deep voice tag saying “SlimmmBooo!” in his beats.

At age five, Slimbo gained attention in the music world with the help of his father who has  played a very influential role in his musical career.
Slimbo was a keyboardist at church and played for bands before he switched into music production full-time. The church synthesizer had a ‘copy to diskette’ function, and allowed sequencing of up to five tracks. So, he would take it to a recording studio and program it with a computer software with the help of the studio engineer, and then record his songs to it.

Slimbo managed to build a clientele of rappers from school who wanted to jump on his beats when they heard his stuff along the line. He started a business of recording and selling beats to his mates while he was in high school. As time went on, His passion for production grew deeper and he felt the need to program beats himself. He started out by collecting musical softwares, bought a Pentium 1 computer from a friend and started producing for people from home, while learning and perfecting how to manipulate sounds with softwares as well as programming and mixing in the process. Before He realized, He was making a buzz in his neighborhood and getting local radio interviews until he had his first breakthrough.

Slimbo has produced for the the likes of VVIP , EL , J Town , Stay Jay , Pappy Kojo , Joey B , Teephlow , Chymny Crane ,Gemini , Quabena Mafia  and is known for hit songs such as:

(Wave and Book Of Hiplife were nominated during the VGMA 2015 ) .

His breakthrough came in 2011 when he caught people’s attention with a smash record he produced for Quabena Maphia titled “Meko Yankee” and even intrigued more Ghanaians when he started working with Gemini and made hit records like “jamming”, as well as performing and making an appearance in his “Sakomono” track and video in 2013/2014 respectively.

As someone who grew up in Ghana – West Africa, and a fan of hip-hop music, aiming at both the local and international markets, Slimbo’s music taste is definitely influenced by great icons such as , Osibisa, Zapp Mallet, Don Jazzy, Dr. Dre, The Runners, David Guetta, Quincy Jones, Appietus, The Hammer and more.

That said, his productions are an uplifting combination of R&B, Hip-Hop, African Rhythms, Funk, Pop, Reggae, Soul, Jazz , etc. His curiosity for various music styles and mixing them up results in his innovative music sounds.
His versatility is proven by the range of music styles he produces.

As an inherent part of Slimbo, his music style knows no boundaries. And that makes his music unpredictable, but definitely recognizable. Having achieved such success with records he has produced till this point , Slimbo is no doubt one of Ghana’s most cherished and promising star producers. Slimbo is ready and has his sights set on taking his music to the next level and worldwide.

” I’ve been on the “d low” for a while taking care of what’s necessary to step up I musical career. Everything has finally come together now. Started I own label and all I can say is… You are now about to feel Slimbo in full effect! ” – Slimbo