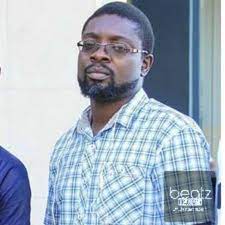 Seshi Dotse , known in the music circles as Seshi , is known for producing Sarkodie’s ” La Borrow” as well as  Donzy and Kofi Kinaata’s “The crusade”.

Seshi started out as a rapper in 1995 andwould drive his sisters crazy trying to put a simple line together. In Senior High School , he was a part of a rap group call teasefuor.

Biological Science in Legon never allowed him to rap or be in the studio so Seshi had to ‘’hang his microphone’’ as the course was stressful enough.

In his final year, while having to write out his final year dissertation/thesis , Seshi bought a Pentium 2 PC and installed fruity loops 2. In fact, prior to that, haatsville ( kobi onyame, jay so , big skrach etc) had him on a couple of tracks produced with panji at his studios ( currently tv3) . Afterwards, Seshi continued learning how to play beats and recorded some of them with JaySo.

Seshi opened his studio in 2012 (DS Media) after having worked as studio manager for groove zone studios (Kaywa’s Studio) for 6 years.