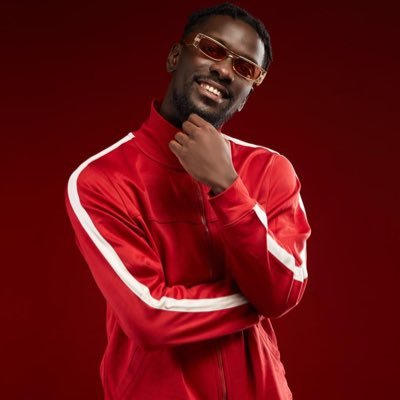 Embodying a die hard rap dream, Lil Shaker has pulled himself by the bootstraps as a bystander into a frontrunner in GH rap.

Ironically, Shaker’s name has nothing to do with his music game. He was christened Lil Shaker for breaking ankles on the basketball court. These days, all he does is break beats on the mic and the consoles.

Shaker is born Phillip Yaw Atiemo to Eugene Atiemo and Jasmine Ameko, a chemical engineer and graphic/set designer respectively. He heeded his call to music while a student at the Accra High School. He formed his own set, “Graveyard,” and made baby steps to a legit career rapping over beats of Hip Hops majors like Nas, Ja Rule etc. January 2004 marked his coming of age. He broke from Graveyard and teamed up with fellow rapper ….. to form the Hiplife duo “Kafungbe.”The turning point in his career came when he met Jayso who advised them to switch to Hip Hop beats. Jazzed by the in-form hip life trend at the time, Shaker stuck to his stance.

Infected by Jayso’s production skills, he won the battle of wills with his mother over her PC which became his fi rst production station. He started to record himself and friends: Screw, Joey and Killmatic (Mic Wreckerz) Shaker was stung into action by the Skillions Demotapes and forged ahead with coaching from Jayso. With the game getting thicker, Shaker sought to standout of the horde. He schemed a pidgin tract to chip some attention his way. “And So Whut” proved his trump card and he got him a deal with Skillions Records. The single caused a stir on the Hip Hop scene and attracted the legendary Wanluv Kubolor to appear on the remix.

With his reputation build and his notoriety on the rise, Shaker put himself to the test. He dropped two singles off his solo mixtape. His confirmation came in two days. The single –“School” – copped 70 000 downloads and later the Birthday Mixtape topped 10,000 downloads. Shaker has hogged the airwaves for a minute, producing hits like Breathe by Dblack and kwaku T featuring Jayso and Facebook Girl/Facebook Boy featuring killmatic, Tiffany and Jane. He is currently signed to Ghana’s biggest record label & multimedia company, BBnZ Live.

With his reputation build and his notoriety on the rise, Shaker put himself to the test. He dropped two singles off his solo Birthday mixtape. He became main stream in 2010 with the release of this mixtape under the Skillions Records imprint. He had success with this mixtape with songs such as LETTER TO JACKIE APPIAH, FACEBOOK BOY and SCHOOL, which took him to all parts of the country to perform. His hit single, I NO DEY SEE YOU SEF saw him bring together the likes of Sarkodie, Edem, Joey B, Raquel and Bra Kevin on one song . His talent has not gone unnoticed as his nickname Captain Hook was bestowed upon him by fans for his excellent choruses.