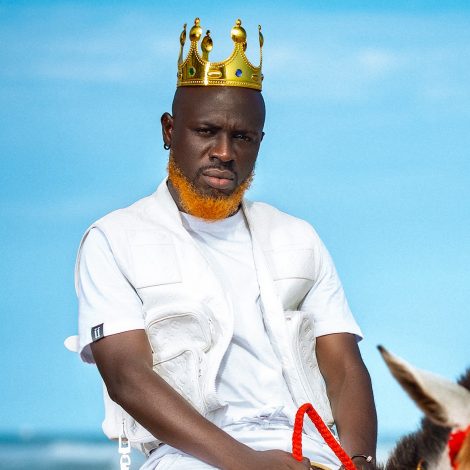 Kenneth Kyeremateng popularly known as “Kwame Yogot” is an Accra based hip-hop,hiplife and Afro beat artist from Ghana, who infuses comedic themes into his rhymes to the joy of many earning him the moniker.

Born in Assin Bereku on the 25th September 1990, Kenneth Kyeremateng (Kwame Yogot) in his early life, Kwame lived in both in Assin Bereku and Abura Dunkwa. He later moved to Ashiaman to pursue his music career after his graduation from Abura Dunkwa Secondary school in the 2008.

He started commercial music in the year 2010 with the track title 3k)uyie which featured the late Castro The Destroyer. This journey took him from his homebase of Assin Bereku, through to Ashaiman, Tema, Kumasi and finally settling in Accra, earning himself features from other great acts such as Medikal and Fameye.

In July 2020, after a decade of being “undergound” and unsigned, Kwame Yogot signed onto Sky Entertainment, an Accra based independent record label and management firm. Kwame Yogot released his first single under the label titled “Bitter Sweet” which features fellow Ghanaian rapper, Yaa Pono in November 2020. He followed this with his smash hit single “Biibi Besi” featuring Kuami Eugene, released in Feburary 2021, which has massed over two million views and streams on platforms such as YouTube, BoomPlay and AudioMack.

On October 1st 2021, Kwame Yogot debute his New King Ep, a six (6) track extended play that chronicled his journey within the creative arts and music scene.

Kwame Yogot is the epitome of never giving up and belief in oneself and craft.