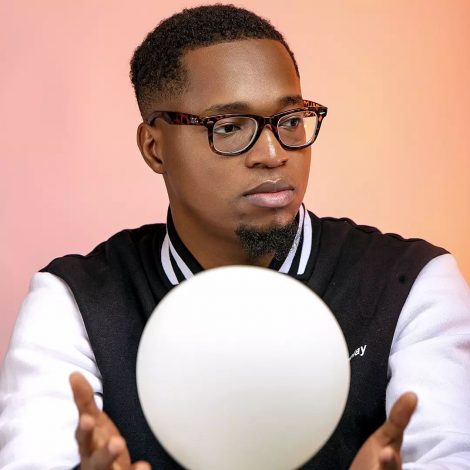 Linford Kennedy Amankwaa , better known by his stage name Ko-Jo Cue is a Ghanaian Hip-Hop/Afro-Popartiste from Kumasi, Ashanti Region. He is currently signed to BBnZ Live and is affiliated to The Cue, a talent development group which he formed with producer Peewezel. In 2014, he dropped his mixtape The Shining to incredible reviews from critics. The mixtape went on to be downloaded more than 12000 times and trended on social media for two weeks. His current single, Lavender has charted on more than 6 major radio stations in Ghana.

Amankwaa was born in Adum, a suburb of Kumasi but he was mainly raised by his grandmother in Bantama (another suburb of Kumasi). Growing up in a house filled with his entire extended family and sleeping in a room with 5 cousins, an auntie and his grandmother, the values of family were instilled in him at an early age. These values are shared in most of his songs.

Ko-Jo Cue gained admission to the Kumasi Anglican High School which is famous for being the alma mater musicians such as Okyeame Kwame, Lord Kenya and Noble Nketiah. It was here that he started seriously considering music as a career path. In 2008, he met two aspiring musicians K-Wu and Kuul D (together known as Soulbrothaz) who introduced him to Macfancy, a 3rd year pharmacy student at KNUST who made beats in his spare time.

The two hooked up and started recording in a bedroom studio owned by a fellow Nigerian student called Okechukwu a.k.a Drillmeister. Macfancy will make the beats and mix the recordings afterwards. The two will go on to record over 10 songs (some of which made it onto his first mixtape) and Ko-Jo operating under the name Jazzy Flo posted the songs on his Facebook and Reverbnation page, attracting the attention of Tallal Sangari, the C.E.O of Primitive Music who offered the young up-start a deal. Under the guidance of Tallal Sangari a.k.a Tee, Ko-Jo Cue adopted his new moniker and started a journey to discover himself as an artist beginning with the release of his first mixtape.

In January 2010, Ko-Jo Cue released the first instalment in a series he called ‘Growing Pains’. The project which was titled ‘N.A.T.H.A.N’ attracted the attention of the online community on Facebook as well as the major Ghanaian blogs and websites . It was the first project of its kind by a Kumasi artiste and it garnered him regional recognition. Within the space of three months, he added two more instalments ‘N.O.N.A’ and ‘Now And Forever’ with the latter earning him respect amongst the Ghanaian Hip-Hop community and the former spawning his first viral hit with a track titled ‘Head Nod’ produced by Peewee.

The song made it onto radio rotation in his hometown and even caught the attention of Bradez and Okyeame Kwame (two of the biggest acts from his hometown as at that time). He then took 2 more months to release the last instalment in the series which he titled ‘The Wait’. The buzz generated by ‘Head Nod’ attracted artists out of his region and soon he found himself working with acts like Kay-Ara, Klu, and Pappykojo.

In April, he released a single called Corolla Music and it went viral sparking a conversation about local hip-hop on YFM. The success of the song caught the attention of E.L who reached out to him so the two acts could collaborate. E.L also went an extra mile to secure a deal for him at BBnZ Live.  In August he released Low Key, the result of his collaboration with E.L and the single quickly became a favourite on radio playlists across the country. It also served as the first single to his then anticipated mixtape The Shining.

In September he released The Shining as his first project on BBnZ Live. The project turned out to be more than a mixtape and felt more like a free album. It was downloaded more than 12000 times and earned critical praise from pundits and fans alike. Fellow artistes Wanlov, M3nsa, Dex Kwasi & M.anifest praised the project as one of the standouts of the year.

In July, he released his biggest single till date Lavender. The song which featured his label mate E.L charted on 6 major radio stations. It was remixed by DJ Kess (the most famous Ghanaian female DJ) and he followed it with his first official video months later.