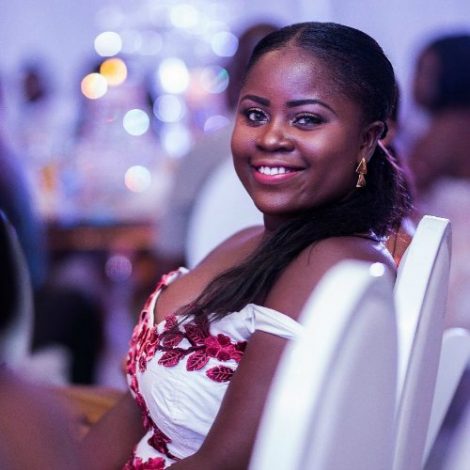 She grew up as a music lover who listened to various genres of music until and did karaoke versions for many of the ones she cherished. When in the University, an opportunity came for her to feature in one of the reality shows on TV called “Starts Of The Future”. She was part of the singing competition that run on Ghanaian TV for weeks; but unfortunately, she got evicted along the way (she was rated 5th). From there, she met up with renowned Ghanaian Sound Engineer/Executive Producer, JMJ Baby (Joshua Raphaelson) – courtesy Charter House – and she got signed to his record label – XTRA LARGE MUSIC.

Kaakie had her basic education at St. Martin De Porres Basic School in Dansoman, she continued to Achimota School where she was a member of the Scripture Union. Kaakie holds a BSc Midwifery degree from the University of Ghana.