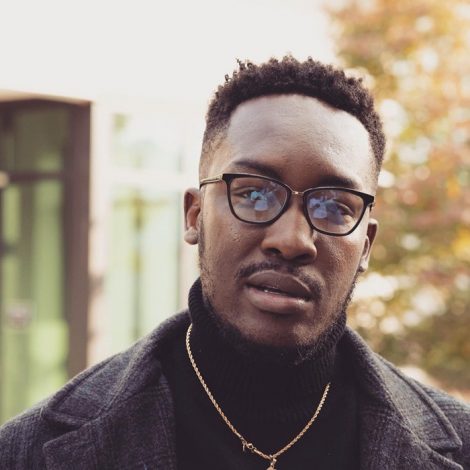 JR Beats, real name Felix Annoh-Quarshie is a Ghanaian music producer/Composer born, raised and based in Accra with an exceptional talent in music. The type of music he produces spans across a variety of genres and sometimes a fusion with elements from afromusic, Hiphop, dancehall ,afrobeats, house music, soul, RnB and Highlife.

His love for the art started at a very young age when he’d drum on tables whilst his friends and family at times sang along to tunes. He then progressed to playing the school drum for his primary and Junior high School.

Music production wise, He started off working and experimenting with music along with his peers right after high school (Presec – Legon) because he had a keen interest in understanding how music was put together. In High School he started to develop the art of selling records by collaborating with a friend and classmate to make playlists of hot songs copied onto cds and sold to other school mates for a cool fee.
.
His earliest experience of making music with a team was when he started a band as an artist/Producer with group named “Ghetto Gees”. Ghetto Gees was a hard core rap group, with members including Nasty, Tek 9 , Uno Rankee, Kwan Mc and MAK who made beats with Fruity Loops (FL), downloaded and shared by one of the group founders Pk. (2006-2007). This piece of software was everything to the team and it’s not surprising JR uses it up till this day.

JR started off with his music by making beats for mixtapes and Ep projects for artists like Ian Jazzi, K’daanso, Jay Pickles, X Dot, Swag Society, Hus Eugene, Blackway and Joel Orleans
Fast forward to now and the future, JR is building himself to become one of the most skillful and talented new producers in Africa, making beats that span across different genres including Afrobeats, hiphop, dancehall and a lot of fusion records. He has had the opportunity to work with top Ghanaian, Nigerian and South African music makers.