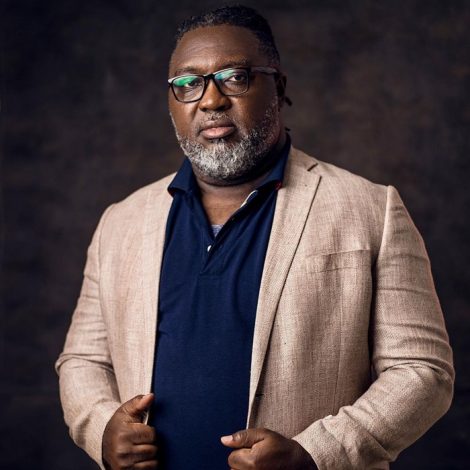 Hammer of The Last Two, born Edward Nana Poku Osei is a record producer in the Ghanaian music industry. He is the founder and CEO of The Last Two Music Group and is also known for grooming some of the best artists Ghanaian Hip Hop or Hiplife has ever produced such as Obrafour, Tinny, Kwaw Kese, Sarkodie, Ayigbe Edem, etc. as a producer, he is credited as one of the pioneers and key figures in the popularization of Hiplife or Hip Hop made in Ghana.

Hammer began his career in music accidentally when a friend of his (Yaw Opare Anoff, aka Way Deep), a gifted keyboardist at the time encouraged him to take up the career because he realized Hammer had the ability to dissect and analyze music in the most unusual ways as a professional does. He also had the habit of finding faults with world class professional music which he thought could be better. This friend and Hammer then formed a production unit called The Last Two, meaning the only two left to put Ghana on the world map musically. Together they produced an album for a young artist called Obrafour which became the highest selling Hiplife album in Ghana. This album was called “pae mu ka.” Way Deep however left to the United States while Hammer remained as ‘one of the two’ left alone with the task of fulfilling the dream of two. Hammer however decided to maintain the name The Last Two as a tribute to his friendship with Way Deep.

Liberating the Tribes in Hip Hop

After Obrafour’s album, Hammer took up a new dream to spread Hiplife or Hip Hop in Ghana through all dialects instead of the stereotypical “Akan” language which was and is the most popular language in the country. After Obrafour (who rapped in the Twi dialect, typical of the Ashanti people), he challenged himself by risking the production of albums in other unpopular dialects, musically and made history again with the recording of Tinny, who raps in the “Ga” language, typical of the people of the Greater Accra Region of Ghana. He went down in history as the best selling “Ga” act to date. He then challenged himself again with Kwaw Kese ending up as the biggest “fante” act to date. The “fante” language is typical of the indigenes of the Central Region and parts of the Western Region of Ghana. The story followed with Ayigbe Edem adding to Hammer’s credit as the biggest “Ewe” rapper to date. The “ewe” language is the mother tongue of the Volta Region of Ghana and neighboring Togo and Benin.

Hammer also releases occasional compilation albums which give the numerous artists who flock to his camp, a chance to be on wax without releasing an album. The compilation albums include the Execution Diary(2003), which was in partnership with Obrafour, Sounds of Our Time (2004), The Crusade of the Lost Files (2006) and the ongoing Evolution Recruits. A known perfectionist and a very passionate musician, Hammer’s methods of grooming his artists have come into question and controversy but the results of the unearthing of iconic stars seems to shut negative observers up. Hammer also does occasional scoring of movies, including the American movie “Bloody Street”.

The third child of Jones A. Osei and Marian Osei, Hammer was born Edward Nana Poku Osei on March 27, 1976. His father was a banker and his mother was in the fishing industry. They both had six children consisting of three boys and three girls, in order, Albert Osei, Angela Osei, Edward Osei, Elizane Osei, Karen Osei and Jones Osei jnr. He is also a descendant of the late Otumfour Opoku Ware II, one time King of the Asanti Region. The family lived in North Kaneshie and later moved to East Legon, a wealthy neighborhood in the capital in the late eighties. Hammer attended Yellow Duckling nursery school, St Theresa’s School, Achimota Primary School and finally the Presbyterian Boys’ Secondary School, Legon. However his passion for music became a distraction from active academics and so he could not further his education to the university level. Occasionally in his adolescent, the family lived in the United Kingdom and he also lived in the United States of America during his late teens. Although his father was heartbroken as Hammer’s grades fell, the family realized he was a born musician and eventually supported him. Hammer was known to drum on any surface available to him anywhere he found himself and was also known to patrol his neighborhood with a boom box sound system while playing loud music with friends.

Growing up on his father’s musical collection (such as Bonny M, the Bee Gees, Led Zeppelin, The Rolling Stones, Pavarotti, Bonnie Tyler and several television and movie theme instrumentals such as James Bond, Dynasty, Neighbours, Dallas, etc.), Hammer digested works from these great icons as early as age seven and this gave him an unusual perspective over his peers, equipping him with skills that would eventually shape up his musical career. After the Hip Hop revolution, Hammer then became a fan of Special Ed, A Tribe called Quest, EPMD, De La Soul, Craig Mack, Guru, Rakim, Das Efx, Jay-Z, Dr. Dre, etc. But his real inspiration came from Osibisa, Quincy Jones and Bob Marley. Hammer is known to be a very reserved person and avoids nightclubs, parties and other social gatherings. The name “Hammer” initially came from a mock performance of MC Hammer’s “Here comes the Hammer” back in school as a fresher but now the Hammer name is related to the raging heavy drums associated with his music production. Hammer lives a simple life far from the celebrated person he is. Fans have credited him for being very down-to-earth.