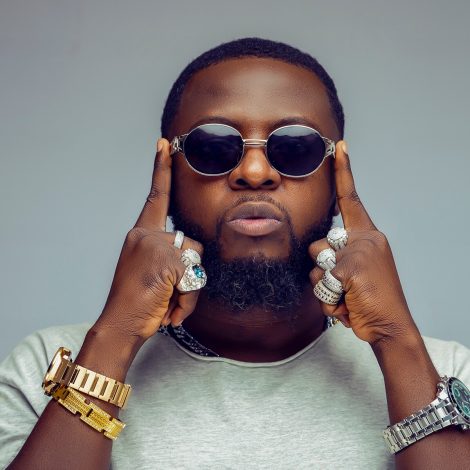 Maradona Yeboah Adjei  known by his stage name Guru, (also goes by Gurunkz) is a Ghanaian rapperand fashion designer. Guru is one of the most successful hiplife artist in Ghana. He is famous for his contemporary hiplife rapstyle that combines English and indigenous languages from Ghana, earning him the title the people’s artist. Guru first rose to fame back in 2012 when his hit song ‘Lapaz Toyota’ appeared on the Ghanaian music charts. 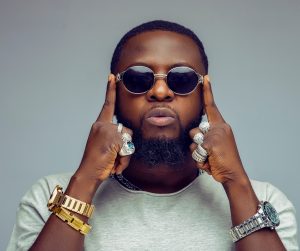 With several hit singles, and award nominations, Guru’s rising success has transcended boundaries. He is one of the few Ghanaianartist to appear on the charts in francophone countries as well. He is also known for his humility and close ties to his roots, constantly referring to the small villages and towns around where he grew up in his music.

Guru was born in Accra, but grew up in the small town of Nkoranza, in the Brong/Ahafo Region in Ghana.  As a child he attended Reverend John Teye Memorial School and then went to secondary school in Apam  He continued his education at NIIT and IPMC studying architecture and computer networking. Afterwards, attended Zenith College in Accra, Ghana to study marketing.

Guru says his interesting in music started when he was very young, but he did not officially pursue it as a career until he found himself performing at large events while in school like Miss SSS, a national contest in Ghana. He also made appearances on national radio programs

Guru was the first artist to win the WAPPI Talent Discovery Program in 2008, a national contest seeking underground music artist

Guru recorded his first mixtape video with Ghanaian music artist Sarkodie in late 2009 (it was produced by NT 1). His first major feature, bringing him into the national spotlight, was on Obrafour’s song “Kasiebo,” where he was named best featured artist by 4Syte TV Music Video Awards. Then he came out with his first studio album titled “Platform” which garnered him 6 Ghanaian Music Award nominations.

In 2012, he released the single, “Lapaz Toyota,” influenced by Azonto style sounds, the song quickly became a hit. This song is still played nationwide on radio stations. It was also referenced by politicians during campaigns, and played at the Big Brother Africa finals. The video for the song was awarded the best male act by the City People Entertainment Awards. The same year he also released the single, “Karaoke.”

Guru’s is considered by many as a contemporary Hip- Life artist, as his songs venture new ground in the Ghanaian music scene mixing hip-hop, afrobeats, highlife and dancehall sounds.

Guru is known for his participation on issues concerning environmental health. In March 2016 he joined other artist advocating for his fans to support a clean environment, mentioning that it was the best prevention against diseases like malaria.

In spite of several nominations for music awards, including 4 major categories in the 2015 4Syte Music Video Awards in 2015, Guru has yet to win any causing some to wonder if there is some inner industry turmoil.

Guru’s popular song and dance “Alkayida” also known as “Boys Abre,” came under fire from the government when some officials claimed it “promoted terrorism” because of the similarity of the song’s title to the Al-Qaeda terrorist organization’s name. Guru refuted the ban claiming it was a song meant to encourage hard work not violence saying, “Ghana is a peaceful country so why would I do a song to promote violence. I thought carefully about the song before coming out with it. The title is Boys Abre (Akiyida) and not Al-Qaeda.”

Guru’s first major music collaboration was in 2009 when he collaborated with Obrafour on his single, “Kasiebo.” As a feature on the popular artist’s song, he began to gain national attention. That same year he also recorded his first mixtape with the popular musician Sarkodie who was also featured on his studio album, “Platform”  and on other songs like, “Baggy Jeans” in 2015.