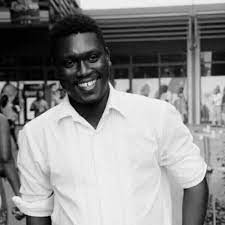 Gideon Amoafo known in the Ghanaian music industry as Genius selection, is an award winning sound engineer, music producer and a music director.

Genius started his career as a church drummer at the age of 12 and between the ages of 13-15yrs, He was already playing three musical instruments: keyboard, Bass guitar and Drums.  Because of his high talent and skill , he decided to chase his dreams professionally after he completed J.H.S .

Everyone around genius in his teens, was wowed by his immense level of creativity. He took his music career further when he got to S.H.S by then he has started working in studios in Accra.

Genius enrolled in a sound engineering school in Accra called D.M.M training center . He later had the opportunity to become the school’s in-house sound engineer and trained a lot of people at the age of 18.

In 2010 he had a call up from PRAYE, one of Ghana’s best groups to work with them after their “Angelina” album. This gave genius the opportunity to explore as he worked with them. E.K.B Records owned by Kiki banson engaged genius in a lot of projects because of his skills .

In 2011 Genius finally set up his own studio in Dansoman called Genius Selection. Genius selection Become a known production house after he made hits for acts like EDEM, TRIGMATIC, RAQUEL, JUPITA, KESSE, 4X4, WIYAALA  just to mention a few.

Genius is the brain behind artistes such as JUPITA, RAQUEL, KESSE AND WIYAALA who shook the nation with their hit songs.

He also has a band made up of five members including himself and together they have shared the same stage with artistes such as AMAKYE DEDE, FEMI KUTI, FREDDY MEIWEY, KWAME YEBOAH GYEDU BLAY AMBULEY, SAMINI, M.I  and many others. Trigmatic performed with the Safoa Band at the 2016 Felabration , an annual music festival in memory of Nigerian Music Legend, Fela Kuti. Check out the pictures here .

The SAFOA Band at the 2016 Felabration

After years of hard work in the industry, Genius won the best producer for Mwape peer Awards in the united states of America in 2014. And he has also been nominated twice at the Bass awards. He is currently the sound engineer for the best urban radio station in Ghana YFM. His dream is to become the first Ghanian producer to win the GRAMMY’S