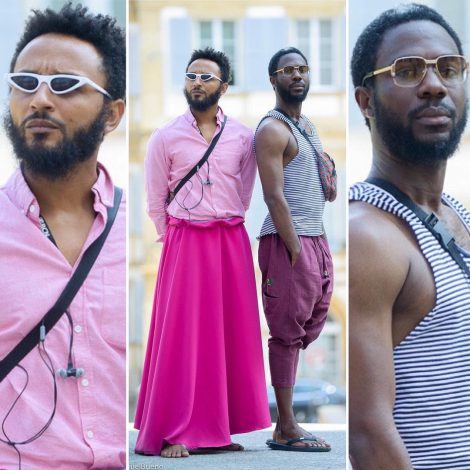 Award Winning duo, FOKN Bois, popularly known for thanking God they are not “a Nigerians” after giving the world its first and second first Pidgen Musicals ‘Coz Ov Moni 1 & 2’, are the most celebrated Ghanaian music duo in the world due to their most unconventional way of entertaining with ingeniously tasteful shock lyrics, revolutionary performance art & indulgent progressive afro sounds.

FOKN Bois are often inadequately compared to duos like Outkast, Flight of the Conchords and Run The Jewels, but many now know to expect anything and everything more from this raw, witty braggadocios and eccentric super duo. This is not an African thing…Just do the FOKN thing