Ruth Eno Adjoa Amankwah Nyame Adom (born October 30, 1991), known professionally by her stage name Eno Barony, is a Ghanaian Rapper and songwriter. She is considered one of the best female rappers in Ghana. Born in Tema, Accra, she released her debut single Wats Ma Name and also Tonga, the refix of the sensational hit-track Tonga by Joey B- ft Sarkodie in 2014 that lifted her into the limelight. 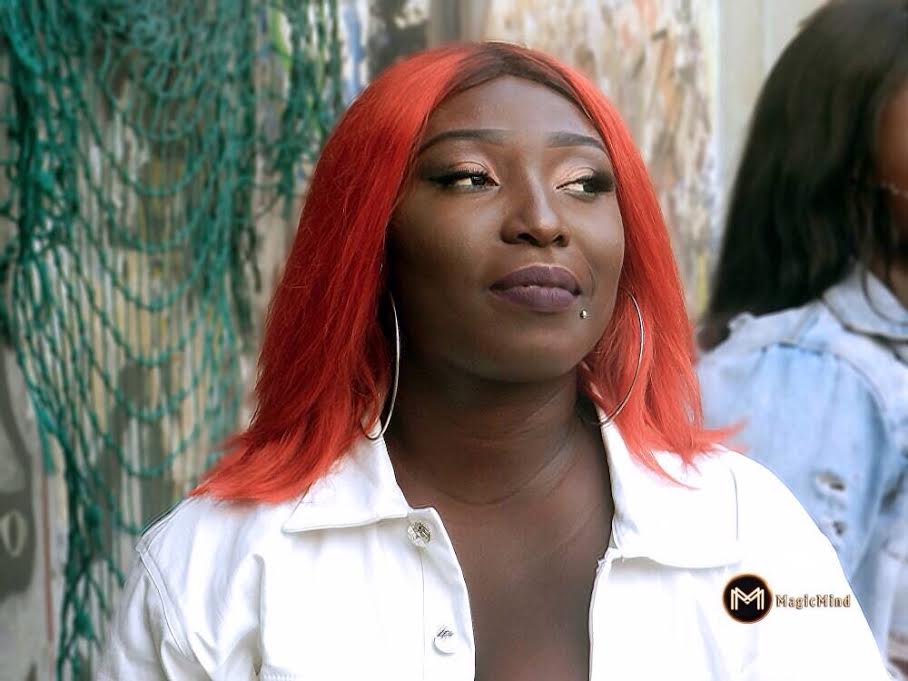 Even though she recorded other singles before her fame, Eno Barony’s professional musical career begun when she released her first single “Tonga” in 2014, which received commercial support due to her rapping legerdemain. She later performed a couple of shows on major platforms and recorded more songs including “Megye Wo Boy’’ in 2015, on which she collaborated with Abrewa Nana.

In 2015, Eno’s consistency dwindled due to the sudden demise of her mother. After several months of mourning, she broke the silence with hip hop song titled “The Best’’ with multiple award winning Togolese artiste and Brand Ambassador for Togocel, Mic Flammez.

She added more singles to her résumé and made a major move by recording a single with Shatta Wale ‘’Daawa’’ in 2016. Same year she had a single music project titled “GARI” with the controversial rapper Kwawkese. Eno also got another thrilling song with Stonebwoy titled ‘’Touch the body’’ and another with Medikal, a hiphop project dubbed ‘’King of Queens’’.

In 2017, she released a song titled ‘’Juice Me’’ proceeded with another hit single with Ebony Reigns , titled ‘’Obiaa Ba Ny3’’.

Though known for rapping, she successfully executed Save Mama Today project with Stay Jay, FlowKing Stone, Dr Cryme and other notable artistes. In 2014, she was nominated for Vodafone Ghana Music Award’s first edition of the unsung category. She performed alongside Popcaan and Jah Vinci and notable names at the Ghana Music Week held at the Accra Sports stadium. She also headlined Closeup festival alongside Ghanaian Sarkodie. She was nominated for Jigwe awards. Her collaboration with Togo’s Mcee Mic Flammez got a nomination for Best Hiphop video at 4Syte Music Video Awards and happens to be the only female in that category. She campaigned for the best female rappers awards category and same year got another nomination for Jigwe awards Best New Act. She performed on the Ghana Music Week Festival for the third time in a row in 2015. She performed at the Ghana DJ Awards and at the Ghana Freedom Concert (S Concert). Same year she headlined the Joy Fm Old School reunion alongside Stonebwoy and participated in Adom Fm’s Temafest in 2016 alongside other artistes. She had her biggest recognition when she was made the music commissioner for Ghana Meets Naija 2017.