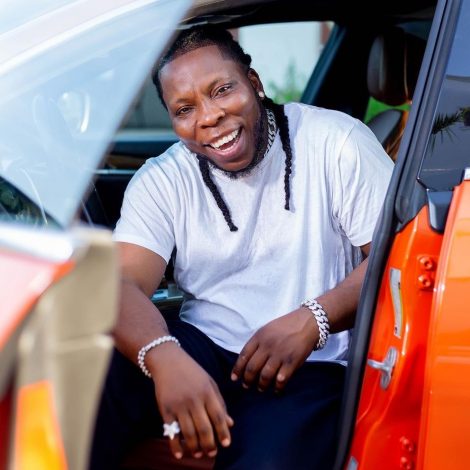 EDEM born Denning Agbeviadey is a Ghanaian hip hop recording Artiste and performer who comes from the Volta region of Ghana; Edem completed Bishop Herman College in 2003. This period saw him get in touch with the biggest hip-hop beat producer ‘Hammer of the last 2’ to record his debut album “Volta Regime”. Even though he lost both parents at a tender age he relentlessly rose to the occasion.

Edem is arguably the most versatile Artiste on the continent of Africa. This he showed on his debut album ‘VOLTA REGIME’ which had songs that topped charts in Ghana, Togo and Benin. Volta Regime got 7 nominations in the 2010 Ghana Music Awards and won the hip hop song of the year. In 2012, he won the Best Reggae video at the 4Syte Music Video Awards and Best Video for Special Effects at the 2013 4Syte Music Video Awards. His sophomore album ‘Mass Production” has being acknowledged by music critics as the finest album Ghana has seen in a long while. The album had songs and videos like ‘Too Much’, ‘The Legacy’ (video shot by renowned Hollywood director Samad Davis of Davis Media Group, ‘Ghetto Arise’ (‘Ghetto Arise’ won him a certificate from the World Bank Ghana and prize money for Music for Development category), ‘Over Again’, ‘Hey Ba’ (video shot by award winning director Gyo Gyimah of Phamous Philms) and many more.

His third album “Books&Rhymes” which was released in the last quarter of 2014 is the most successful and widely distributed album from Ghana on the continent in recent times considering that, it featured Cleo Ice Queen (Zambia), MI (Nigeria), Ice Prince (Nigeria), Roberto (Zambia), Wyre (Kenya), Cassper Nyovest (South Africa), Sway (UK), Black Prophet (Holland/Ghana) and a host of other Ghanaian artistes.

Edem has become a brand with fans all over the continent. He became the youngest Artiste in Ghana to be signed on to Africa’s telecom giant Globacom. Noted as a strong advocate for education he became the face of Marshalls University College. Other brands he has been associated with include; Absolut Vodka, Club Beer and BET where he took part in the first ever African BET cypher featuring other artistes. Edem recently got an award from the University Of Ghana Legon School Of Allied Sciences for his contribution to arts and entertainment and the nation at large.

The recent 2015 VGMAs saw Edem sweep 3 awards which include Album of the Year, AfroPop Song of the Year and Video of the Year. In 2015, Edem was adjudged the Male Entertainer of the year by GhOne TV. Also In 2015 in Canada, the Black Canadian Awards crowned Edem’s hard work and awarded him the Best International Act – Africa at its awards beating other African heavyweights including Yemi Alade, Oritse Femi, Edy Kenzo, Mafikizolo and Davido.

Edem has been in the forefront of philanthropic work as an artiste with a heart, passion to inspire hope amongst the less privileged and a ray of hope for the hopeless. His Volta Regime Foundation has been engaged in various charitable activities which have been well documented by industry players and various authorities. Some his works include; Read wide project with Goethe Institute, UNAIDS, Joy Fm Annual Easter Soup Kitchen and others. Considering the change in direction of the brand, the foundation will undergo a restructuring and rebranding to IAMEDEM FOUNDATION which will include the foundation covering a wider coverage area, a more sustainable approach to developmental issues.