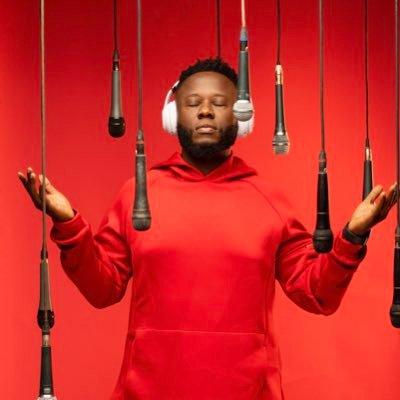 He is a force to reckon with in the game of hip pop, R n B, High life and Hip life in Ghana. He talks less and makes his fingers burn the players to produce good music or better still he tries to show the subdued murky side to DJing.

His name is Michael Mensah and DJ Mensah is his claim to fame.  DJ Mensah (also called “The Untouchable DJ”), is  one of the biggest names when it comes to DJing in Ghana. He is currently the only DJ from Ghana to have played on a BET Platform.

The appearance of “The Untouchable DJ” at events is a signal that BET winner Sarkodie is coming on stage and this is an enviable position he occupies – Sarkodie’s Official DJ.

I believe Music is the soul of life and can you imagine how life would have been without music ?.

DJ Mensah is the CEO of  A-Town Entertainment Group Of Companies .

DJ Mensah has been working as a DJ for close to Fifteen (15) years now and he can attest to the fact that the journey has been long. He started with Sound Max entertainment. This is where he used to play at parties, Christenings and even funerals.

DJ Mensah holds an HND in purchasing and supply and a degree in marketing. He also hold certificates from The Ghana institute of Journalism in (voice and speech training), in (marketing, communication, public relations and advertising).

DJ Mensah also holds a certificate from RABODEF in Radio Broadcasting and is a wizard as far as computers are concerned.

DJ Mensa has trained a lot of DJ’s who are all successful and working with some of the Night clubs in Accra and Kumasi. DJ Ike (Tantranite club), DJ Benji of Oman fm and Ghana should watch out for his little Brother, DJ Fresh.

Dj Mensah plans to tour the ten regions of Ghana with the entire artiste that will be on An album which is set to be released this year. He sees a bright light at the end of the tunnel and is looking up to setting up his own Entertainment Company in the near future.

LINKS TO SOME OF DJ MENSAH’s WORKS

DJ Mensah is a managing partner for AkwaabaUK/ AkwaabaLive  in Ghana and hosts most of the december events. These are some links to events DJ Mensah hosted in december