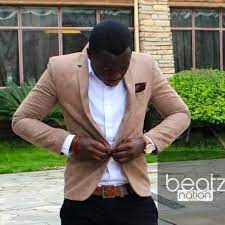 Classick is a China based Ghanaian beatmaker,producer and lyricist. One of the few real hip hop beatmakers/producers of our time. Classick is one of a kind and Just as his name goes, his beats have class, and they are ‘sick’,as the term goes.

Classick started music at a very tender age,writing rhymes in primary school and memorizing raps of rap doctor Okyeame Kwame. Music was always his passion though he was an extraordinarily smart student.Classick started rapping from JHS,writing his own rhymes and lines.

In SHS his friends named him JR, as they considered him to rap like Jay, but a younger, or ‘junior’ version, hence, JR.

Among other things he was the first form one student at Opoku Ware School in his year group to make a rap demo track, with his friend Edward, also known as ‘Click’, they formed a rap duo called ‘2 Crew’ and made a lot of songs which were instant favourites of the students.

” though I loved writing and rapping,my main passion was to make and create beats.”

His main influence was Magosh and Nuno, his friends from Mozambique and Cape Verde, who are 2 of his favourite producers, J Dilla, Pete Rock, Dr Dre and 9th Wonder are the others.

“my beats reflect how I feel at that point in time because am expressive through my beats.”

‘Ulterior Motives’ is his first beat tape, dropped in 2012 and then he dropped his second beat tape, “Classickness” in 2013. He plans to make it a routine to drop dope beats to rappers every now and then.He has worked with rappers like Joey B, Fricky ,DaDi, Bvggi, Braids, Barima Pages, Illarioz from Nigeria, K!Bo, Static Kamps from Zambia,Darius from Cape Verde, Kay Ara, amongst others.

He has his own record label, ‘No Bars’ and is the official beatmaker for iSoRock Music. Watch out for more music from the man Classick.