.
In Ghana (as well as other parts of the world) , you will barely see music producers receiving the same amount of attention as artistes do when they release singles. Guilty Beatz has however been upsetting charts with his new single ‘Akwaaba‘.

The song  features Mr. Eazi , Pappy Kojo and Patapaa of ‘One Corner’ fame, a line-up that proved a masterstroke. Mr Eazi brought the dance , Pappy Kojo with the fante hook , Patapaa with the vibe and of course Guilty with the Beatz  !

Within a week of release , the song also moved from Number 10 to Number 4 on the Ghana Music Top 10 Countdown chart , overtaking Hero by Stonebwoy, True Believer by Shatta Wale and Selfish by King Promise .

In London , Akwaaba ranks number 2 on the Afrobeats Takeover Top 10 Countdown , ahead of heavyweight African Artistes such as Diamond Platnumz , Ice Prince and Burna Boy .

Akwaaba (an Akan word meaning Welcome) has been making waves all over the world  ! it was even played during the break of a Dallas Mavericks ‘ Basketball game on Saturday, 24 March. How cool is that ?

From Ghana to the UK , U.S.A , Chile and Korea , the song has been getting massive feedback from major parts of Europe, America and Southern America. It is getting even more attention after Guilty Beatz threw a dance challenge (The Akwaaba Dance Challenge) to fans and music lovers.

Accompanied with an extremely easy dance maneuver, anybody anywhere in the world can do the ‘Akwaaba Dance’ and most submissions can be seen having different variations of the dance.

I watched this video shocked, unexpecting and excited at the same time. Lol😂😂🔥🔥🔥😂😂🔥😂@mreazi @GuiltyBeatz @PAPPYKOJO #AkwaabaDanceChallenge

In an interview with Class FM’s Class Drive host Prince Benjamin , Guilty Beatz revealed that he is excited about the track’s performance on Apple Music. He said “I’m just happy about the fact that the song was able to get to where it is right now. I know it’s like, it’s hard, like the beat is strong and all that but I didn’t think it will get this far. …It was at number 6, and it went to number 1.“

The song has currently amassed over 674,000 views on Youtube (Audio) in just 2 weeks, with the video also hitting close to  350,000 under just 1 week which is possibly the highest numbers ever made by a Ghanaian producer in that period.

In a similar fashion, Ghanaian producer Magnom also had a fantastic 2017 when he had a breakthrough with his single ‘My Baby‘ , which received massive airplay both locally and internationally. The song which has been nominated for ‘Afro-Pop Song of The Year‘ at the 2018 VGMA , made over 1.3 Million Youtube streams as well as about 500,000 plays on soundcloud


Ace producer Killbeatz in 2016 released a single ‘Bokor Bokor‘ which also did well. 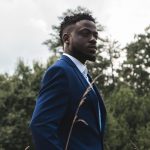 ‘Nektunez,’ The Ghanaian US Based Producer Behind The Viral Ameno (Dorime) ‘Amapiano’ Song.