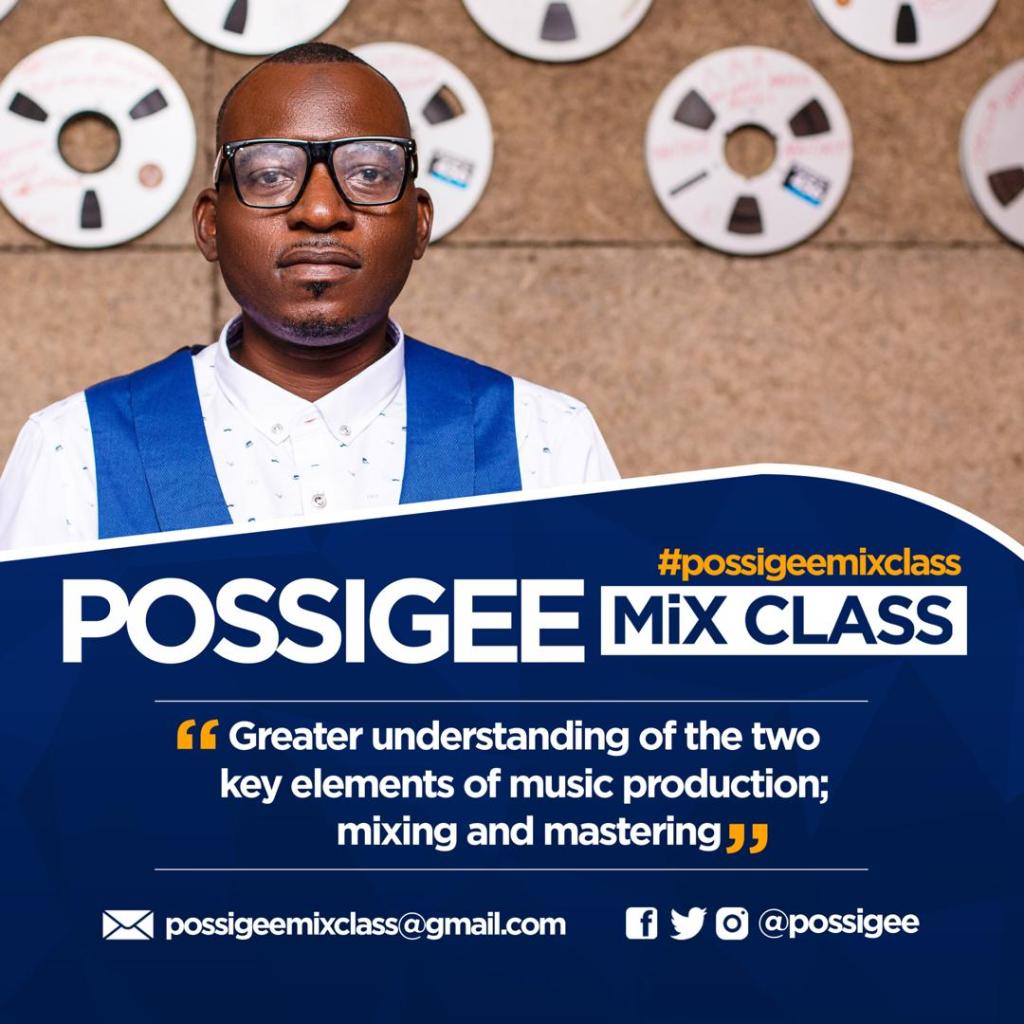 Having touched the works of almost every mainstream musician, and leaving his mark in the Ghanaian music industry during his 15 years professional career , Possigee, has decided to give back and share the knowledge he was acquired over the years.

In a conversation with Beatz Nation, Possigee indicated that his project aims at teaching, elevating and empowering upcoming producers and engineers as well as changing the current generation’s narrative from a competitive one to a collaborative one.

Dates and registration process for Possigee’s mix class will soon be announced.