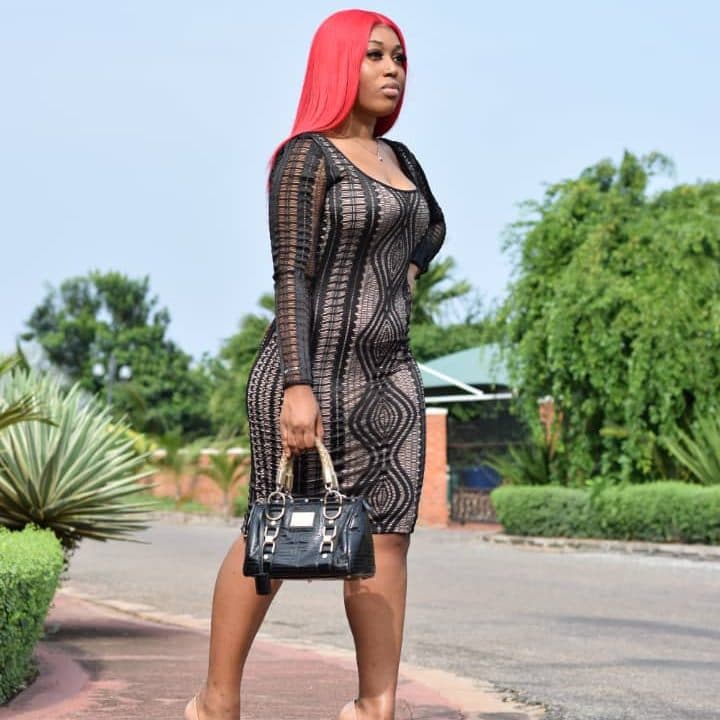 On the 19th of Octobers, Rufftown Records and Blown GH signed act Fantana was among the tall list of artiste to perform at the Wonder Album Concert which was held at the Fantasy Dome. The event was to outdoor Shatta Wale’s new album and doubled as a concert as well.

After her performance on stage, videos started circulating on social media and the conversation on going was about certain things which were seen beneath her clothings. The management team has issues a press statement concerning what really happened.

Earlier on this year I read an article about the persistent harmful socio- cultural norms, stigma and misconception around menstruation which leads to the discrimination of women and girls in some parts of the world.

In some places, menstruating women continued to be viewed as contaminated impure and are often restricted from engaging in certain activities according to research by experts.

The united nations report released on 5th march 2019 quotes ‘ the stigma generated by stereotypes around menstruation have severe impacts on all aspects of women and girls human right’.

Despite a lot of awareness going on and efforts by the UNDP to end this discrimination and abuse against young girls and women I was surprised to see some bloggers and a section of the media high light and body shame me because i refused to let my menses stop me from performing when I felt it coming 30 minutes before I went on stage last Saturday at the fantasy dome.

Regardless of my costume being transparent, my only option was to put on a sanitary pad and still go ahead to perform. I am a woman and I’m not ashamed of menstruating.

I want to urge every woman to resist being discriminated against because of menstruation. I hope some people read wide and learn about menstrual health to stop the stereotype against young girls and women.

Yes my menses appeared 30 minutes to my performance and I had to put on a sanitary pad and still go on stage. Menstruation is not a shame and I urge all young women take a cue from my actions and not to let it stop them from doing anything they want to do. 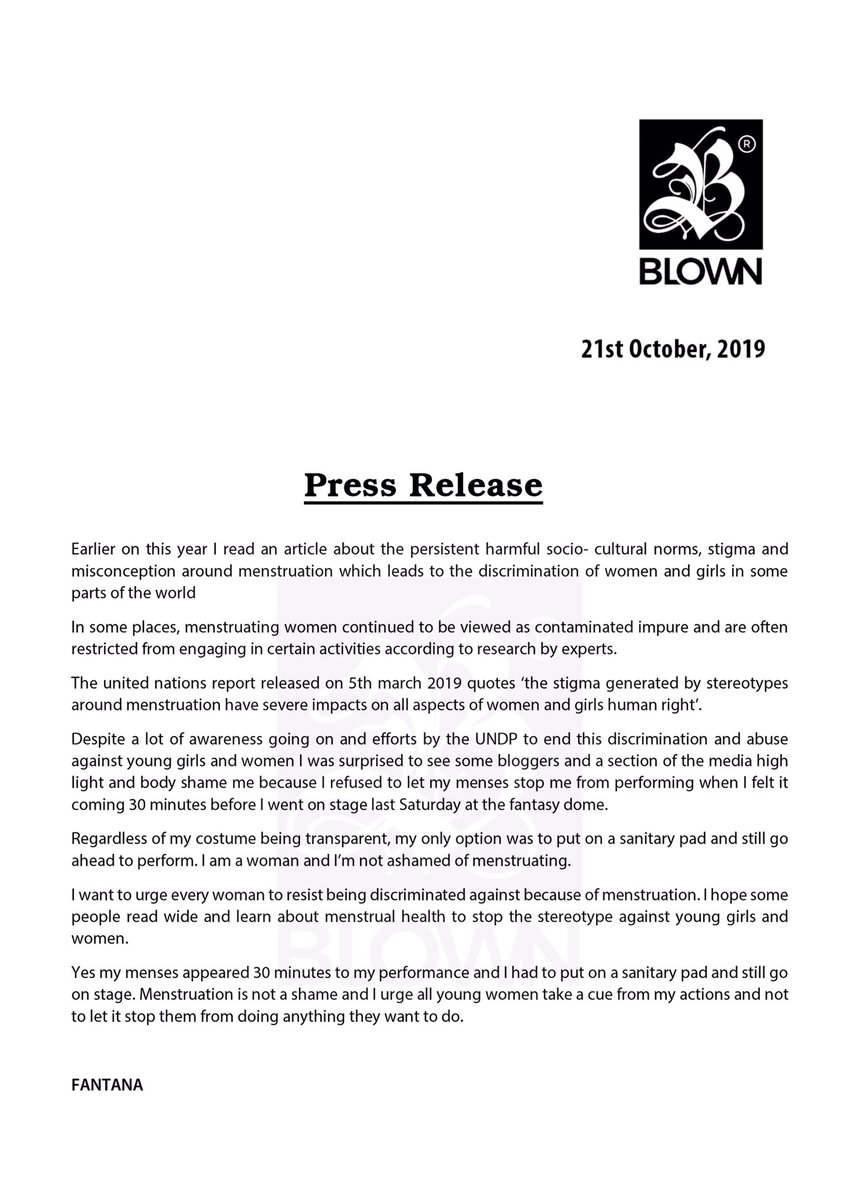