November 12, 2021/ByRichard/Innews/Comments Off on BRYAN THE MENSAH Reveals Artwork and Track List For Road to Hastafari

The melodic rap/pop artist BRYAN THE MENSAH is gradually carving out a unique space for himself in the global music scene and is undoubtedly one of the leaders of the new school pack of artists doing things differently.

His sound could be faintly described as trap-influenced pop music with a touch of vibrance and self-consciousness as he always makes it a point to inspire his audience with a message while giving them the turn up of their lives. The young millennial with 4 solid projects to his name has charted in the top 10 on Apple Music, iTunes, Yfm, Boomplay and more. BRYAN THE MENSAH is certain to take the rest of the world by storm with his unique sound, his energy and his light.

His upcoming debut album ‘Road to Hastafari’ is a testament to Bryan’s empowering journey so far – the slow and steady growth of a creative’s career where there is no final destination, but a point of accomplishment, gratitude, reflection and fulfilment. The album’s sonic appeal allows it to transcend genres with ease, from afrobeat to trap to alternative pop. After the consistent release of four successful EPs between 2017 and 2020, Bryan is finally ready to give the world a fresh taste of his newly found growth.

After successfully releasing Four singles https://ditto.fm/nsem  off the Album garnering new fans, BRYAN THE MENSAH has finally announced the release date for his ‘ROAD TO HASTAFARI’ Album. The Tape, which is set for Release on the 26th of November, features Top African Hiphop acts M.anifest, A-Q. PshychoYP, Black Sherif and singer Titi Owusu.

Check out the Artwork Below 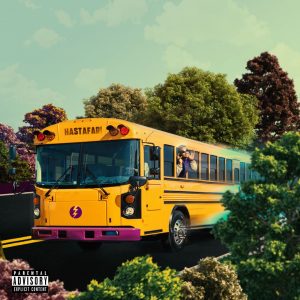 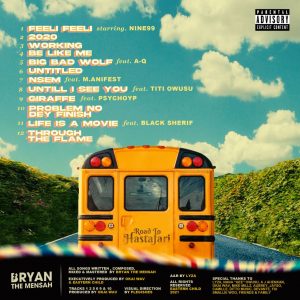