Nagyi links up with $pacely of LA MEME GANG, for his first single of the year titled “AJEI”.

Best known for his most recent song “Rollie Gold” off his debut ep. ‘SLEEP WHEN IM RICH’ (SWIR) which was released last year.

The new single “AJEI” is a vernacular word expressing amazement/shock which depicts the feeling the song gives fans and music lovers. The two acts express with a creative delivery how they “bust” the music game and women’s mind and have them coming back for more of them.
The creation of this Afro fusion master piece begun with Nagyi expressing an idea of the sound he wanted for his next record. A blend of afrobeats with hiphop elements and feel to his producer VT. VT understanding the assignment played the instrument within 20 minutes and upon first hearing, Nagyi freestyles the hook in an instant. Nagyi later links up with $pacely in another session to play the record being produced. The song quickly marinated with the young star and he delivered a smashing verse which completed the song which is about to take the country by storm.

AJEI is definitely a song deserving of as many spins as possible, put on playlists and the theme to any party or celebration. With a new bop afro fusion instrumental VT creates a sensational beat for AJEI. 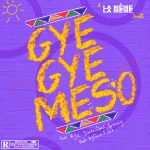 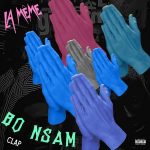 EP: Spacely – FineSSe or Be FineSSed