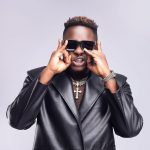 After a successful launch at the West Hills Mall over the weekend, the much awaited Disturbation Album by Medikal is here.

Welcome To Beatz Nation
This website uses cookies to improve your experience. We'll assume you're ok with this, but you can opt-out if you wish.Accept Read More