The Rave has broken off the long silence and spared his fans some suspense as he finally releases the seventh episode of his hugely successful Monarchy Mixtape Series. The initiative which was started this year was created as a platform to give ears to music from young and budding musical geniuses.

Explaining why he delayed the release of the of the seventh episode, he said via his twitter page that timing was everything, and he just felt that this was the perfect time to release the mixtape especially since the later (AYAT) is gearing towards the third cut of his Music Of African Descent (MADFEST Concert), and he just wanted to use this mixtape to pave the way for this mega concert.

For the first time, Di’Jaymatic also tries his skills at presenting turning the mixtape into a radio show of that sort, something he has always been passionate about.

He has also announced who he would be featuring on the next episode of the mixtape series, and he calls on all to support this course. 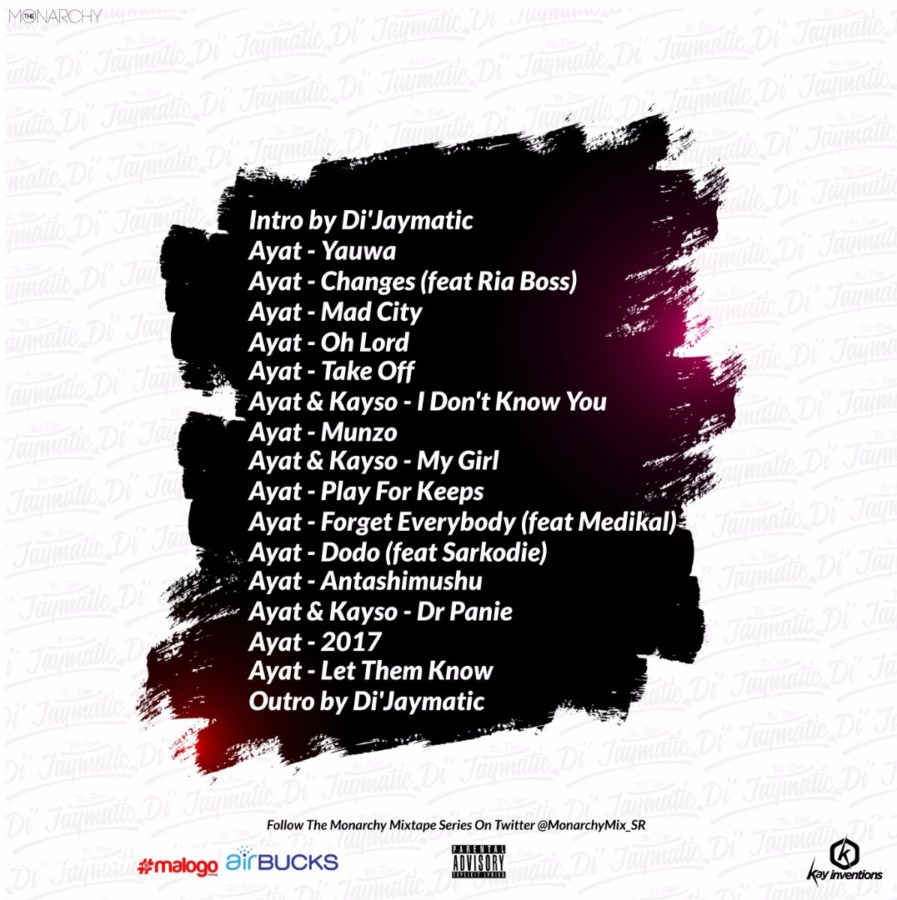