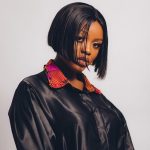 Joining a choir at 13 is where his success started. Blaq Jerzee was enlightened by his passion for music and soon became interested in sound production. Over the years the award-winning Nigerian artist has developed a weighty portfolio to gloat about. Blaq Jerzee has produced multiple hit singles including ‘Arizona’, ‘Blow’ and ‘Thankful’, as well as releases with top artists Wizkid and Tiwa Savage. 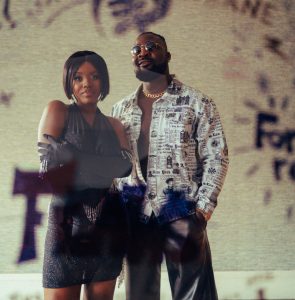 Growing up with Nana Acheampong as your father, Gyakie was bound to make a career in music. The uniqueness of her sound is influenced by the Soul era of Asa and Omar Sterling of R2Bees. In February 2019, the Afro-Soul/Afro-fusion singer released her first single ‘Love is Pretty’ and has now accumulated over 30 million views collectively on YouTube. One of her more recent tracks ‘Forever’ and its remix has gained over 30 million cumulative audio streams, as well as 1.6 cumulative Shazams and peaked #4 on the Triller Billboard Global Chart.

The euphoric Afrobeat love song showcases the two stars’ individual style of Afro-soul and Afro-fusion into one binding melody. The track demonstrates a powerful message from the heart, a moment all relationships experience the territory of ‘flaws’. The pair tell the story of a love tale about self-awareness, intimacy and imperfections.

The video is staged at a casting, capturing Gyakie, Blaq Jerzee and both a male and female actor displaying their flaws. The visuals fall into place with the lyrics and melody of the song. Violin samples are featured throughout the song which round out the rhythmic foundation, as well as being a key part of the video.

Blaq Jerzee and Gyakie proved a unified coherence with this track bound to get you in your feelings.